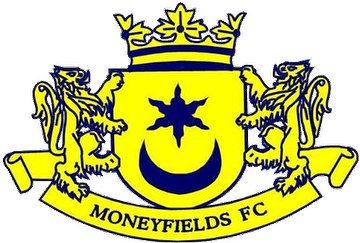 There is a certain predictability about the kind of opposition that sides play against in pre-season friendlies.  Obviously you will not want to play a club that you are going to meet in your forthcoming campaign and of course geography tends to play a part to lessen the degree of travelling unless a pre-arranged tour has been organised.  So imagine our surprise when club secretary Charlie Cole advised that the Angels were to play Moneyfields FC as part of the pre-season programme.

Angels supporters who enjoy seeing their team play at 'unusual' or 'new' grounds will have been turning to Google or The Non-League Directory to determine exactly who Moneyfields FC are and where they play.  Well the answer to that is they play in the City of Portsmouth not much more that a couple of decent Jonny Henly goal kicks away from where their more illustrious neighbours play at Fratton Park, and they compete in the Southern League Division 1 South (Step 4) in which they finished a very commendable 4th last season.

Founded in 1897 as Portsmouth Civil Service before adopting their current name in 1994 they first appeared in the Portsmouth Saturday League before joining the Hampshire League and then the Wessex League.  Promotion to the Southern League Division 1 was gained in 2016-17. The club originally played at Copnor Rd until moving to their current home at Moneyfields Sports Ground in 1994.

We look forward to enjoying their hospitality on our first ever visit.