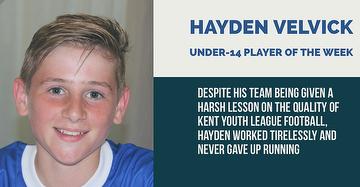 With seven changes to the starting 11 from the previous week and a change of formation, the team was unrecognisable from the one that put in such a positive performance the week before against Bromley.

On a very hot afternoon, a goal from a defensive mistake after only one minute set the tone for an uncharacteristically all round poor team performance.

The game was a harsh lesson in what happens at this level if you make mistakes, don’t communicate and don’t keep your shape.

From a positive point of the view the boys did not need telling what they didn’t do well compared to the previous week and where they need to improve. So we put this lesson behind us and move on.