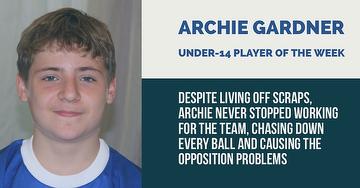 Off the back of last week’s victory the team travelled to Bridon Ropes. There was little to choose between the teams in the first half but two defensive mistakes by the Angels, either side of a goal by Tyler Amos from a Hayden Velvick run and cross, meant we trailed at the break.

The second half was very much like the first and with 15 minutes to go the game was finely balanced but then two further mistakes either side of a well struck fourth goal by Bridon, meant we ended up on the wrong side of a 5-1 score line.

The final score was a little harsh as although the team never really played the football we know they are capable of, we more than matched the opposition for long periods of the game.

At this level we have to learn quickly, if we make defensive mistakes, either individually or as a team, we will get punished.