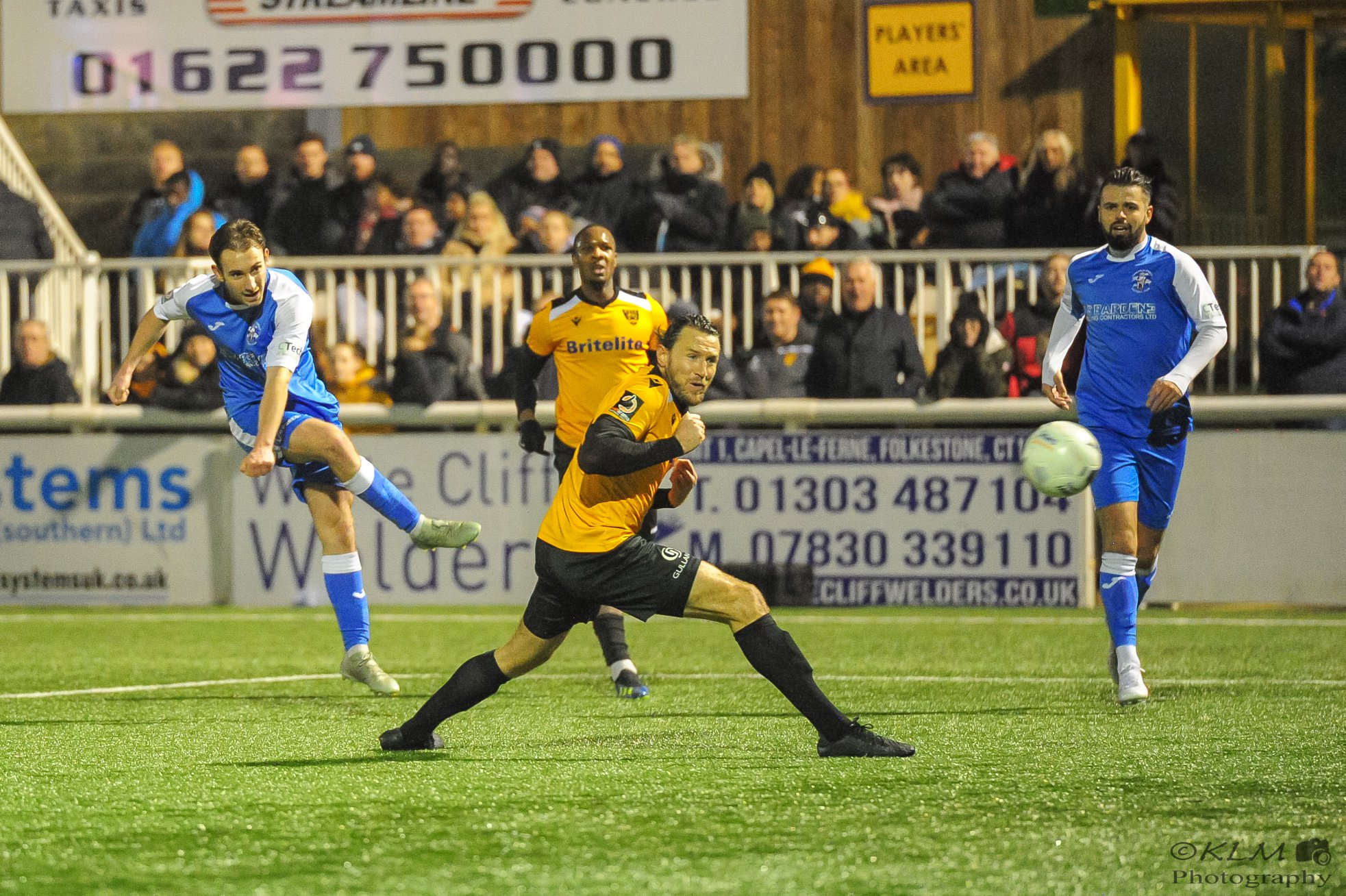 The Angels fully deserved to share the points at the Gallagher in the New Year’s Day Derby and on another day might have taken all three. The game saw a Tonbridge debut for striker Roberto Ratti from Dover Athletic and whilst he didn’t get on the scoresheet two other Angels players were to open their account, Jason Williams and Harry Donovan.

Maidstone were ahead after just three minutes. Far too much room was conceded on the visitors right hand side and when the cross came in there was Gavin Hoyte to poke the ball past Angels keeper Jonny Henly.

The Angels settled into the game and started to create some moments for themselves. A Sonny Miles header was saved by Chris Lewington but it only went as far as Joe Turner but his shot went into the ground and bounced off a Maidstone defender to relative safety.

The equaliser came on 19 minutes and again Turner was involved. His effort came out of the Maidstone defence and there was Jason Williams for his first ever goal for the Angels.

A moment's hesitation in the Angels defence rather gifted Maidstone the lead once more on 27 minutes through Iffy Allen but in truth it was somewhat against the run of play.

The visitors finished the half the stronger side. During this period Joe Turner was particularly notable for creating panic in the Maidstone defence with a series of excellent crosses, D’Sean Theobalds grazed the crossbar on 42 minutes and there were a couple of chances for ex Stones Ben Greenhalgh.

The second half saw Tonbridge continue to take the initiative and constantly take the game to their hosts.  In the heart of midfield Theobalds and Donovan were particularly influential, Jason Williams up front was a real nuisance and Greenhalgh was having one of his best games while on loan to the Angels.

It felt like a goal was coming for the visitors and it eventually arrived in the 77th minute when Maidstone once again were unable to properly clear yet another Tonbridge attack and Donovan picked up the loose ball fired a hard low shot past Lewington in the Home goal.

The question was now could the Angels go and win the game that their efforts so richly deserved.  In fact there were no further goals although Tonbridge continued to probe the Maidstone defence to look for openings but couldn’t quite create that crucial moment.

With Tonbridge continuing to push forward there was always the risk that the Stones would break quickly and whilst that did happen on a couple of occasions with Dan Wishart and Ibby Akanbi getting into good positions the finishing left something to be desired.

Afterwards, Angels Boss, Steve McKimm said : “I was delighted with the performance today.  Despite conceding early, and that was my fault with the formation, we’ve fought back twice and probably deserved all the points but you’ll always take an away draw particularly somewhere like here.”