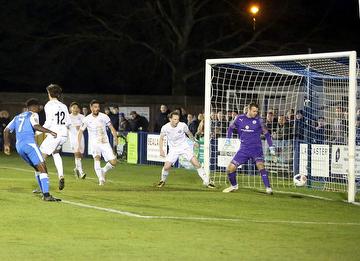 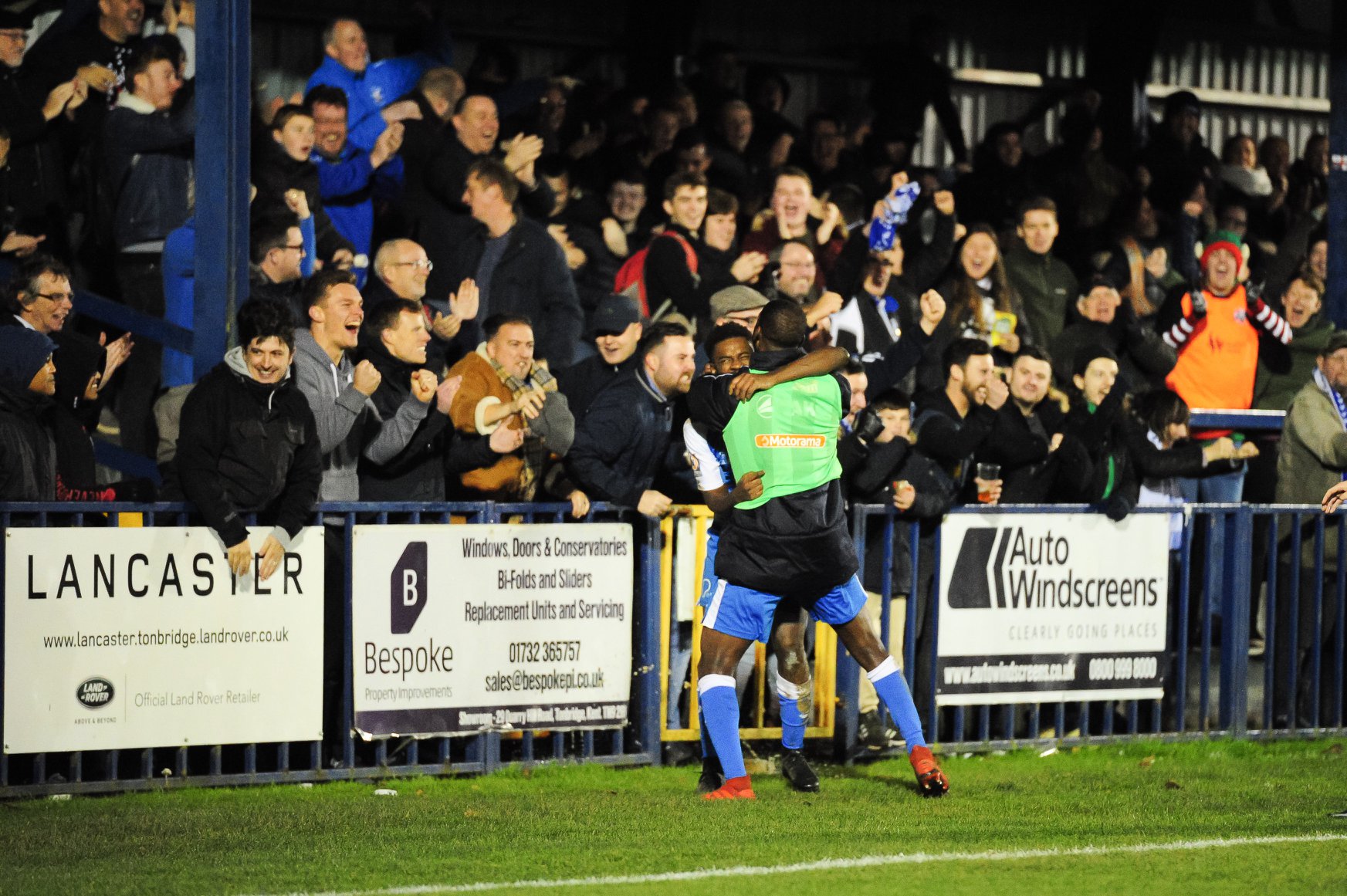 It was in every sense a game of two halves. At the break the Angels looked down and out trailing by two goals but the second period saw the home side score three times to take all the points.

Despite a bright start for the Angels using the width of the pitch well, it was Billericay who were to take the lead in the 7th minute with a fine individual goal Femi Akinwande.  He cut in from the right wing made the space and fired past Jonny Henly in the Home goal.

Ten minutes later it was to get even better for the visitors when Odysseus Alfa who was not closed down put in an unstoppable 25 yarder that flew into the top right hand corner of the goal.

By now it was all Billericay forcing Henly into a series of fine saves, the only downside for the visitors, being the sight of Callum Kennedy being stretchered off following a nasty looking injury.

The game was quite literally turned on its head in the second period. On 49 minutes Khale Da Costa’s free kick  seemed to deceive the Billericay defence, went straight into the goal and Tonbridge were on the way back.  Two minutes later a Ben Greenhalgh Cross was converted by Tom Derry for the equaliser.

On 67 minutes the home side were ahead when Joe Turner’s Cross from the left was fired in by Da Costa for his second.  There were no further goals but chances fell for both sides to keep the crowd on their toes.

The Angels will be delighted with this win and why not.  To come back from two goals down against a side with experienced players is no mean feat and they did it in some style making their visitors look at times very much the underdogs.  There were good performances right across the squad, Jonny with his first half saves without which there wouldn’t have been a contest, the two centre backs Sonny and Rian, the central midfield duo of Christ and Harry and the ever dangerous Da Costaaaa.

Afterwards, Steve McKimm said : “After Tuesday evening’s disappointing 2nd half performance, my players knew what was expected of them and they certainly delivered.”