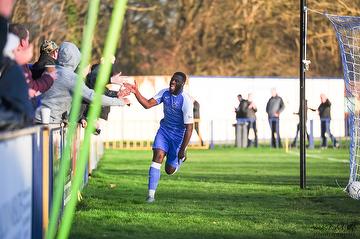 Angels move out of Drop Zone 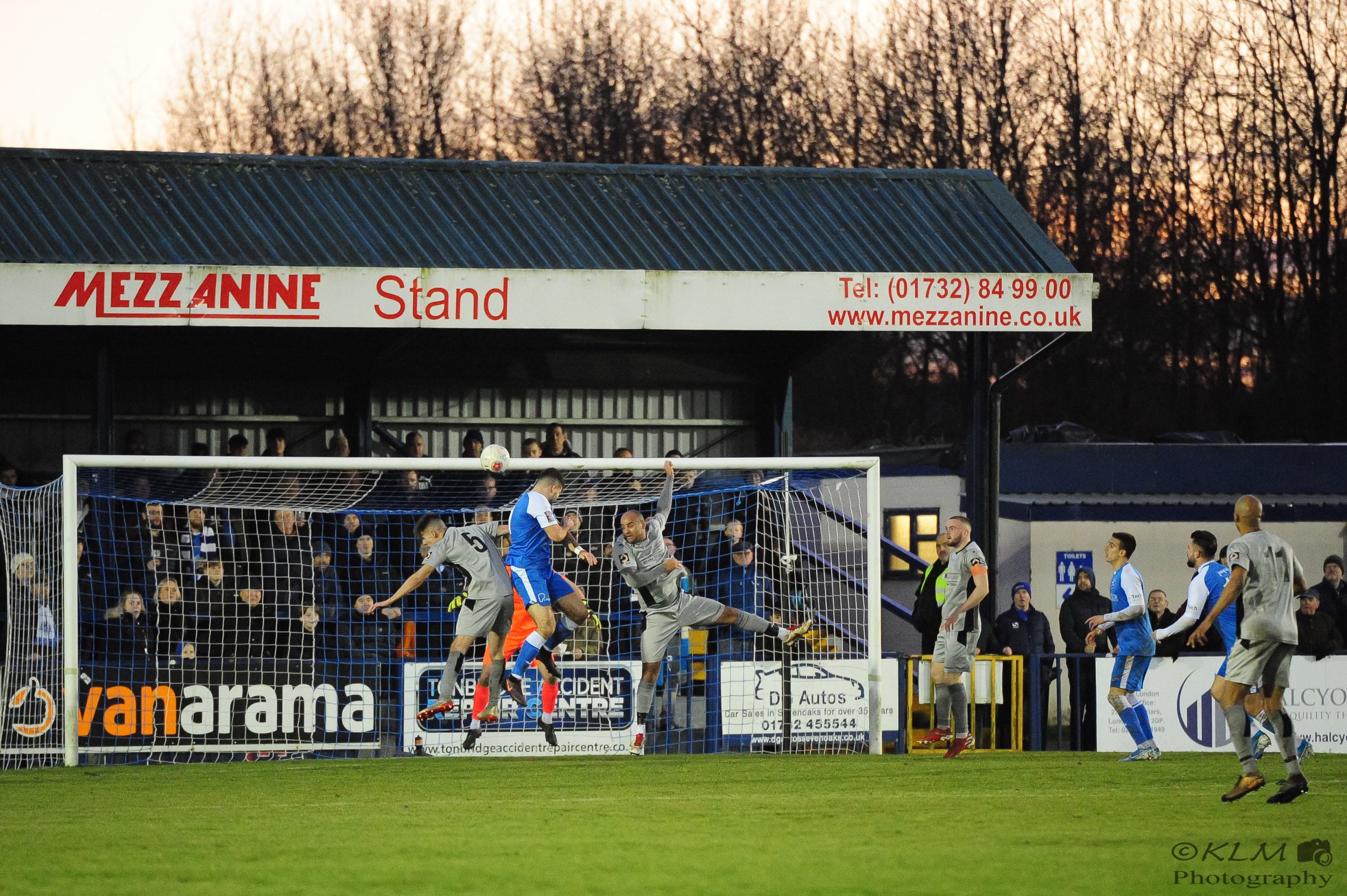 Angels moved out of the drop zone after a hard fought win against Chippenham Town on a heavy and energy sapping pitch.

It was a first period dominated by injuries which resulted in the Angels using all their substitutes by the 37th minute and Chippenham employing one after 25 minutes.

Despite the necessary holdups there was plenty of action, with the home side going ahead after just one minute. Roberto Ratti laid the ball off intelligently for Jason Williams who made no mistake with a beautiful curler.

Chippenham however worked hard to get themselves back into the game and deservedly equalised in the 32nd minute when Tom Owen-Evans took advantage of some hesitation in the Tonbridge defence with a tap in at the far post.

With the game entering stoppage time Tonbridge exerted some late pressure on their visitors with Will Puddy the Chippenham keeper saving well from Ben Greenhalgh’s effort.  The resultant corner although initially dealt with by the away defence eventually reached D’Sean Theobalds whose thunderbolt from the edge of the area gave Puddy absolutely no chance with the hosts now 2-1 up at the break.

On 53 minute scorer Owen- Evans turned provider for Chippenham putting through Chambers who rounded Henly in the hosts’ goal for the equaliser.   They weren’t on level terms for long however with Angels’  James Folkes crossing for Joe Turner to head neatly past Ruddy at the back post.

Both sides had chances but that was the way it stayed with the drama turning to the disciplinary front with a straight red card shown to Angels Harry Donovan for a reckless challenge and then Chippenham’s Ryan Case for a second bookable offence after hitting out at Ratti.

Afterwards Angels Boss, Steve McKimm said: “We’ve finished with eight fit players and we’ll have to see over the next 2 to 3 days how serious those injuries are.  Nevertheless, the players were superb today and ran themselves into the ground to get that win.”