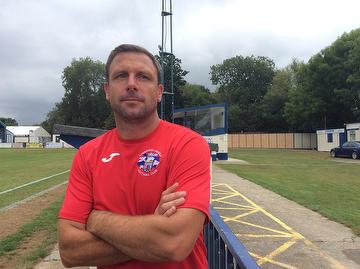 Eagles U23s fly above the Angels

The 4th pre-season friendly saw the Angels go down to another 3-0 scoreline but as on Saturday this was again against arguably superior opposition.

The first half was all about the pace of Crystal Palace’s Harlem Hale who constantly caused problems down the Eagles left wing and was largely responsible for the two goal lead at the break.  The No 10 scored the first goal for the Eagles on 38 minutes as a result of a very quick break following an Angels attack.

The second right on the stroke of half time was again all about Hale's pace as he tore into and past the Angels defenders and was eventually brought down by keeper McDonald with an easy penalty decision for the referee.  Alfie Matthews made no mistake from the spot.

There were chances for the Angels with the woodwork struck in the 7th minute and on 26 minutes Sonny Miles nearly reached the ball on the far post and from the subsequent corner Campbell’s shot is blocked.

The game as a contest was over in the 48th minute when that man Hale was again involved as he set up Rob Street for the Eagles third.

Much of the play during the second period was played in the Crystal Place half and to their credit Tonbridge never gave up in trying to get back into the game but in truth chances for the home side were few and far between.

On 63 minutes Alex Akrofi had a shot from just outside the area which went just wide. An excellent run in the 72nd minute from Khale Da Costa saw him slip the ball to James Folkes on the overlap. The full back’s accurate cross saw Ben Greenhalgh just unable to direct his header.  A good passage of play around the 80th minute saw the Angels put the Eagles defence under genuine pressure but the scoreline was to remain 3-0 to the visitors.

Afterwards, Angels Boss Steve McKimm said: “I thought for the first 30 minutes we did OK and caused them a few problems, but for the goals there were some individual errors which we need to eradicate but that’s what’s pre-season is all about. There are no points on these games so we do have the opportunity to sort these things out. Remember also that these first few friendlies are still much about getting minutes for players, the next few games will be much more about individual performances.”