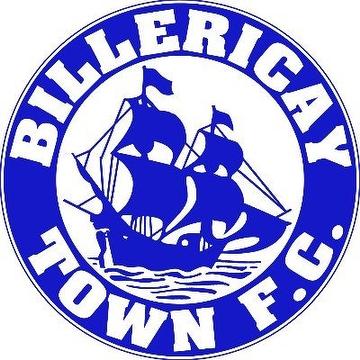 Angels travel to Billericay Town this evening (6th October) for their opening Vanarama National South match of the 2020/21 season.

Due to Government restrictions because of the Covid-19 pandemic, regrettably the match will be played behind closed doors and Angels fans should not travel to New Lodge. However, we understand that Billericay will be live streaming the game free of charge and a link will be available on their Twitter account and Facebook page approximately 10-15 minutes before kick off at 7:45pm.  We thank Billericay for this gesture.

Live updates of the match will of course be available as usual on our social media channels.

On Saturday while we were narrowly overcoming Farnborough in the FA Cup, Riccay were taking on Vanarama National North side Brackley Town away from home in the worlds oldest football knockout competition, only to be eliminated perhaps somewhat unluckily on penalties after late goals from the hosts had forced the spot kick drama.

Last season at home on 7th December saw us come back from a two goal deficit to win 3-2 against this evening’s hosts with 2nd half strikes from Khale da Costa (2) and Tom Derry.  In the return fixture at New Lodge on 25th January another exciting game resulted in a 3-3 draw with Christ Tiehi and Jason Williams (2) getting on the score sheet for the Angels.