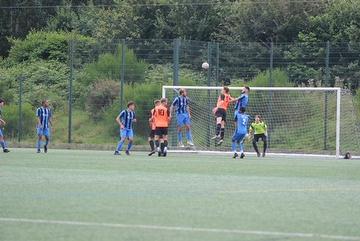 Report and Pictures by Wink Tomkinson

No August is any different in terms of Academy football, some mainstays of the previous three years have moved on and into senior football and a new first year intake take their places with the same aspirations.

And one of the satisfactions of their coaches and minibus driver(!) is to watch their development from these first tentative steps to where we hope they will be in nine months time and beyond that in the next three years.

In terms of Tonbridge Angels Academy, defenders no longer have the massive influence that Harry Hudson brought, but newly-installed skipper Joe Tyrie can step into his boots and inspire the first years around him and no longer will the goals be coming aplenty from Ned Lewis, but Cam Wootton will need to be the on-pitch guide for the likes of Fin Hartley.

Manager Tom Parkinson played most of his second/third years in the first half with the bulk of the new recruits playing the second period. In truth, the first half team looked pretty rusty, unsurprising given the curtailed 2020/21 season.

Probably the best two chances of the first half came in the first quarter hour. A cross from the right saw Wootton pressure the Erith goalkeeper into a poor punched clearance that fell to Hartley whose snap shot came back from the bar.

Two minutes later, Erith brought a brave, but painful save, from Nat Gibb, who saved at his near post from a shot at close range that cannoned into his midriff.
This was followed in the 14th minute when Wootton was sent clear but the goalkeeper denied him pushing his effort aside for a corner, from which, Erith staged a lightning breakaway only for the Erith winger to show a lack of composure and shoot over.
The rest of the half showed a lack of urgency from both sides with the visitors marginally the better side.

The second half was probably always going to produce goals given the inexperience of both sides. The opener, after 50 minutes, came for Erith when the Angels’ goalkeeper flapped at a cross which eventually allowed a tap in.

Erith doubled their advantage on the hour when the Tonbridge ‘keeper was only able to parry a shot into the path of an unmarked player for another close range goal.
Credit to the Angels youngsters for their response and, after 63 minutes, Will Saunders capitalised on a goalkeeping error to halve the deficit.

Four minutes later, they were level when Saunders finished with a powerful shot after being set up by Mason.
Tonbridge held the momentum and carved out the chances but, with six minutes remaining, Erith bundled the ball home at the far post to restore their lead.

Tonbridge threw everything forward in a desperate search for an equaliser that befitted an FA Cup match and were eventually rewarded in the fifth minute of time added when Hartley laid the ball into the path of Billy Kent who slammed it home.

Nine months hard work awaits and their progress will be watched with interest. 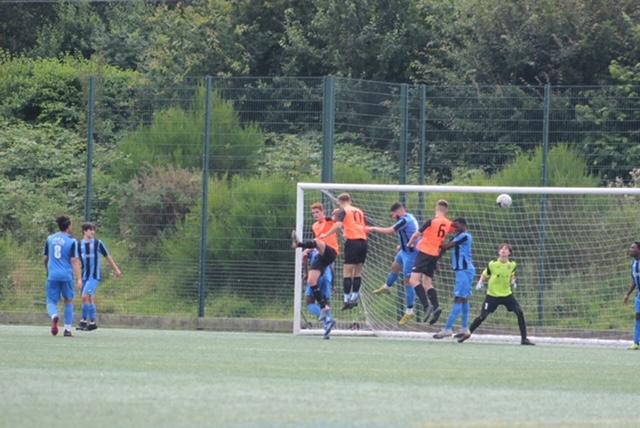