Our match preview for the upcoming and final pre-season Friendly against Dover Athletic (Saturday 7th August KO 3:00pm) from non-league’s top flight is to take a different emphasis and we are sure our good friends from Crabble will understand. For all of the passion, and yes, importance of football there are times when it simply has to take second place for a moment particularly where personal heartbreak and trauma are concerned.  Indeed, it is where the footballing family come together to support one of their own and to this end whether you are a Home or Away supporter please take time to read the following piece, ‘Sophia’s Scott’s Story’ written by Angels popular coach James Scott and his partner Aileen.

James and Aileen wanted to share this story with you all, both in memory of Sophia, and also to highlight the tremendous work that a charity called Tommy’s does

Here below is the link to that charity which is dedicated to finding causes and treatments to save babies’ lives as well as providing trusted pregnancy and baby loss information and support.  You will understand the relevance of this by reading on.

On the 7th November 2020, Tonbridge Angels were playing in the biggest game in their history in the first round ‘proper’ of the FA Cup against Bradford City AFC. But James Scott wasn’t there. This was because only 24 hours prior to the biggest match of his career, he got the devastating news that our baby daughter had very suddenly and very tragically died. What should have been the best weekend of his life, becoming a dad for the first time and coaching his team in the FA Cup, turned into a living nightmare. As we sat there watching the match, we tried to piece together every ounce of strength we had to get through the next few days.

A day later, at 9:32 p.m., on Sunday 8th November 2020, after the most beautiful labour and birth, Sophia Teresa Rose Scott entered the world, sleeping. In an instant our hearts were both full and broken; we were in a daze of love and a pit of grief for our perfect baby girl. Somehow, we found the strength to create the most wonderful memories with Sophia. We spent the night together as a family, cuddling her, singing to her and saying over and over how much we love her. The midwives took prints of her little hands and feet and a lock of her brown hair. We took as many photos as we could – enough to help us through a lifetime of pain. The day Sophia was born was both the happiest and saddest day of our lives. We long for that day so that we can hold our baby again.

When James and I were expecting Sophia, there were never any signs that she would pass away. One morning she was dancing away in Mummy’s tummy and then an hour or so later, she was still. We found out shortly after her birth that there was a true knot in Sophia’s umbilical cord. We were told that it’s likely that at around 12 weeks, Sophia swam through her cord creating a loop, which then tightened as she began to engage, ready to enter the world. Sophia didn’t die because she was unwell or underdeveloped. My body kept her safe and snug and helped her grow into a beautiful and perfectly healthy full-term baby. Our baby girl’s death was quite simply, a tragic accident.

Currently, there isn’t any technology in the UK to reliably check for true knots in cords so right now, this specific type of in-utero death can’t be foreseen or prevented. Sonographers are, however, able to check blood flow through the umbilical cord for any signs of issues with the cord. Tragically for Sophia, the blood flow through her cord was checked 4 days before she passed away but everything was fine.

When Sophia was born, she was perfect - ten fingers, ten toes, with Daddy’s nose and lips and Mummy’s eyes; Daddy’s big feet and long legs and Mummy’s delicate hands and chubby cheeks. Like any new parents, we were - and still are - completely in love with our baby. The ache of missing Sophia is with us all day, every day, like a little bird sitting on our shoulders. We do everything we can to include Sophia in life’s little moments and parent our baby from afar. We visit her resting place regularly and make sure her flowers and little ornaments, trinkets and teddies are looked after. We dress her ‘bed’ (as we call it) with seasonal decorations so that she is in some way connected to this world. We take Sophia’s bunny teddy on holiday with us so that we feel like part of her is coming with us. It may seem strange but it’s the only way through the devastation of living without our longed-for baby girl. Our wish is to keep talking about our daughter so that her memory lives on, which is why we wanted to include her story today. 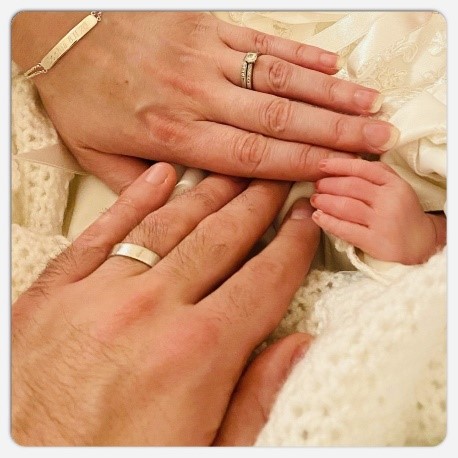 The other reason for sharing Sophia’s story is to raise awareness of baby loss. Sadly, so often people pretend it doesn’t happen and choose not to acknowledge the pain and suffering of the bereaved parent. We want to change this as actually experiencing baby loss is far harder than acknowledging it. Walking out of the hospital without our baby was unbearable. Closing the door to Sophia’s nursery was heart-breaking. Carrying Sophia’s tiny casket to her place of rest is a feeling that will never leave us. 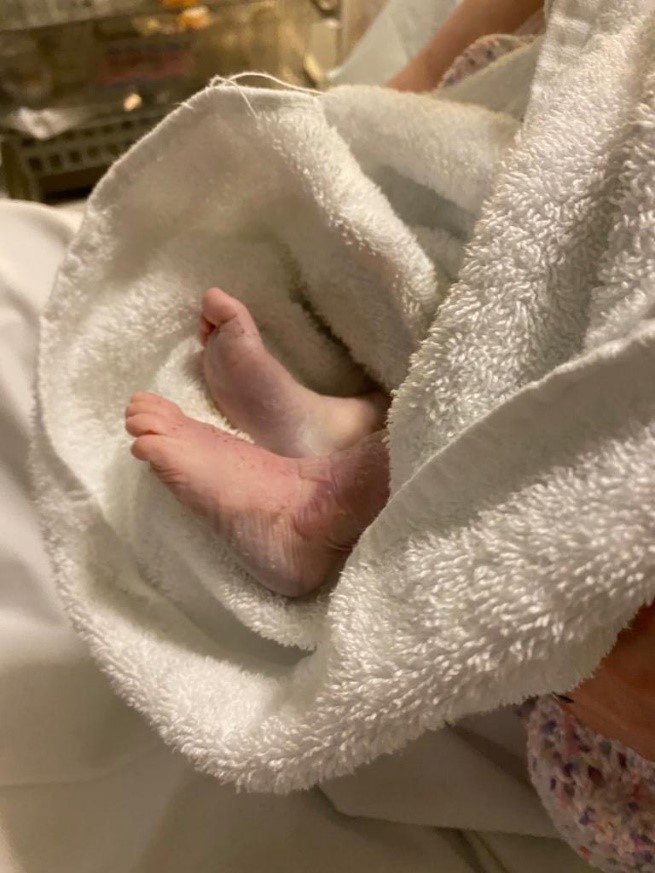 But we are not alone in these feelings.

Unbelievably, every day in the UK, 8 babies are born sleeping. Every day, 8 families will experience the trauma of finding out their fully-formed baby has died in the womb. 8 mothers will have to endure the pain of childbirth knowing their baby has died. 8 fathers and partners will have to stand by and support the mother of their child whilst both of their lives have fallen apart. James and I would like to play a small part in changing that, which is why we are raising money for Tommy’s, a charity that funds research into to preventing the loss of a baby before birth. 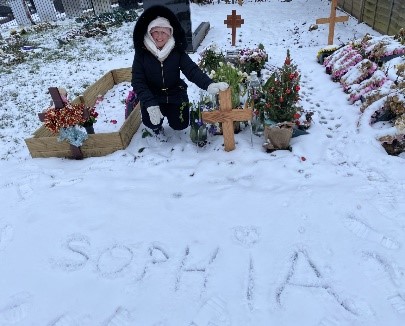 We would love it if you would join us in raising money for this life saving charity so that your children or your children’s children don’t have to endure the pain and heart ache of losing a child before birth. It would bring us lots of comfort knowing that our daughter, Sophia Teresa Rose Scott, has inspired people to donate to Tommy’s which in turn will impact the lives of babies, who will be given a better chance at living the life that was taken from our baby girl. 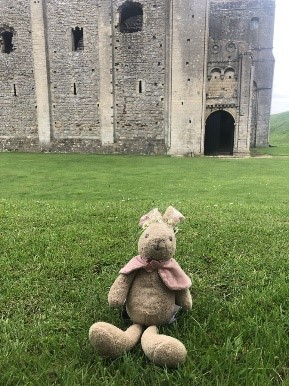 Thank you for taking the time to read about Sophia’s story. 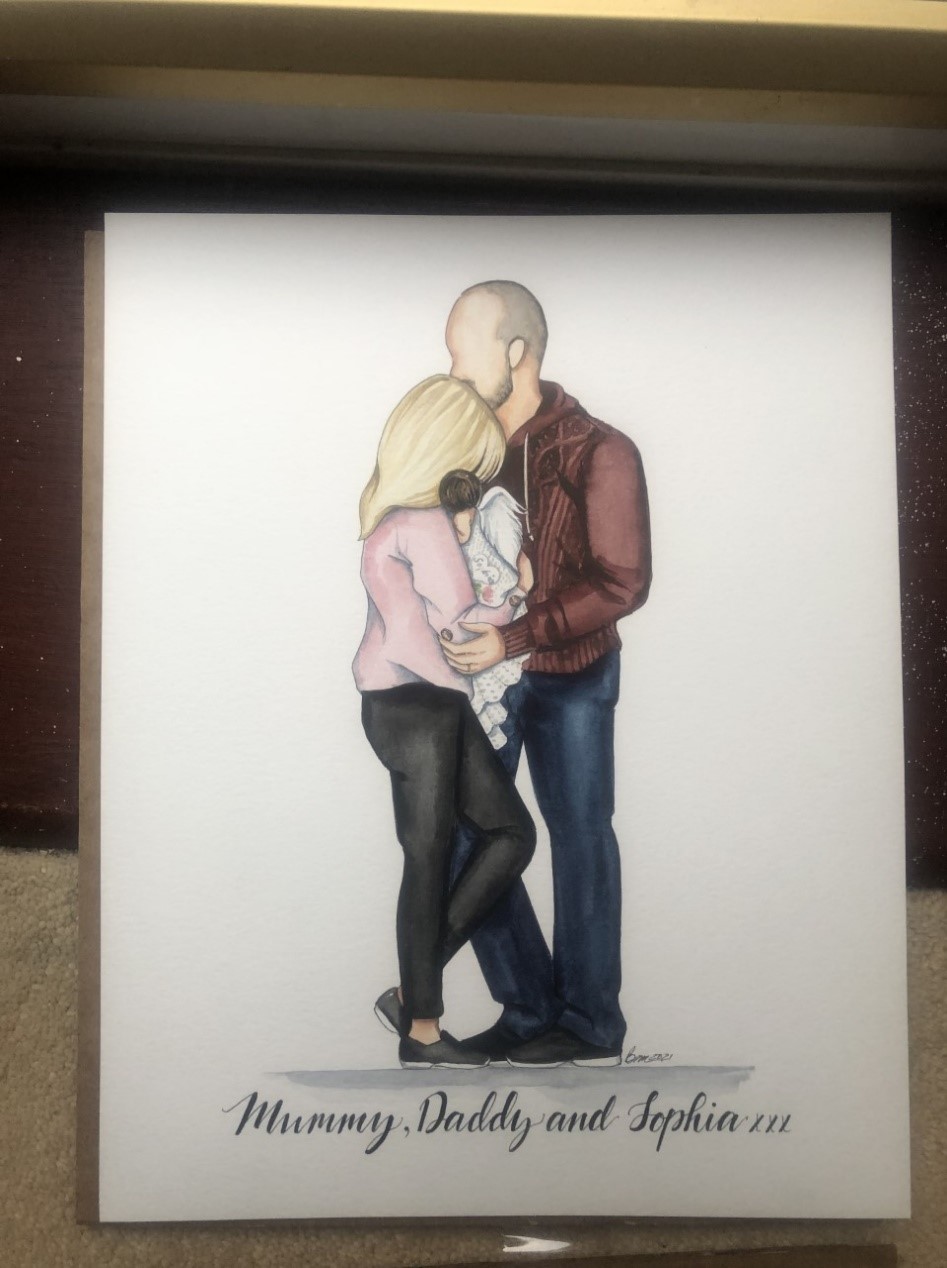 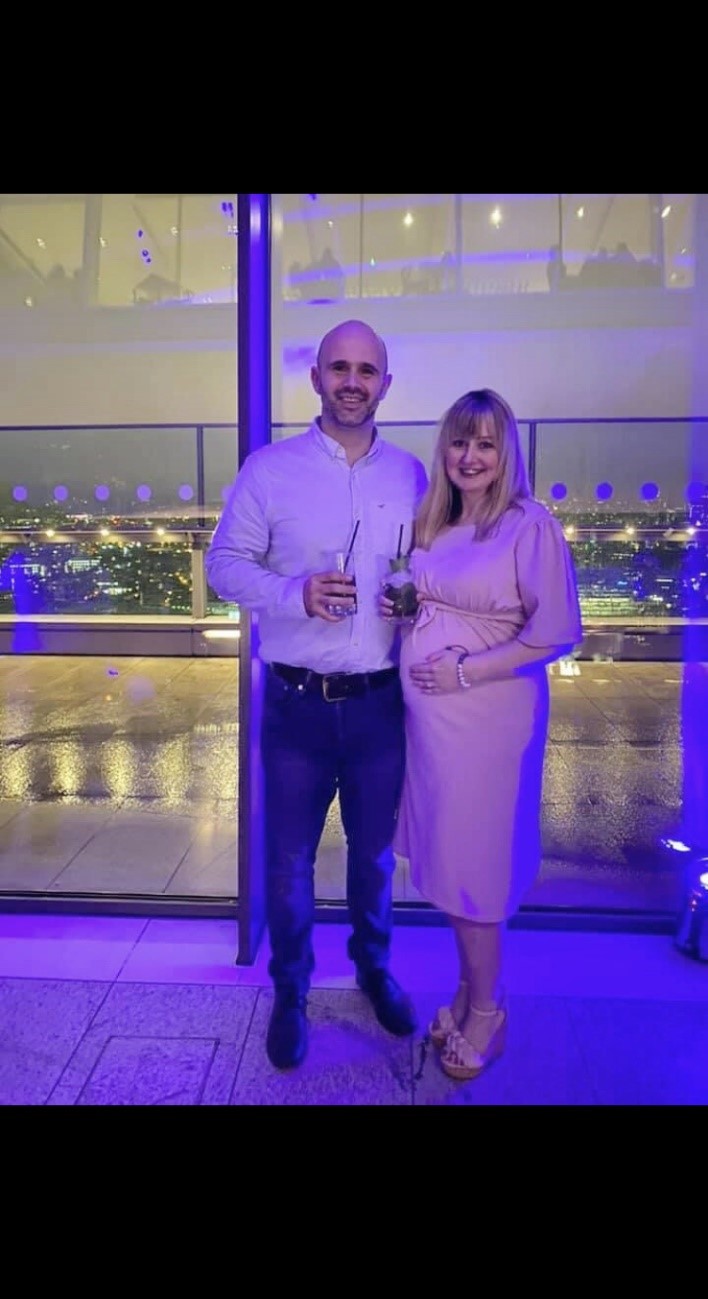 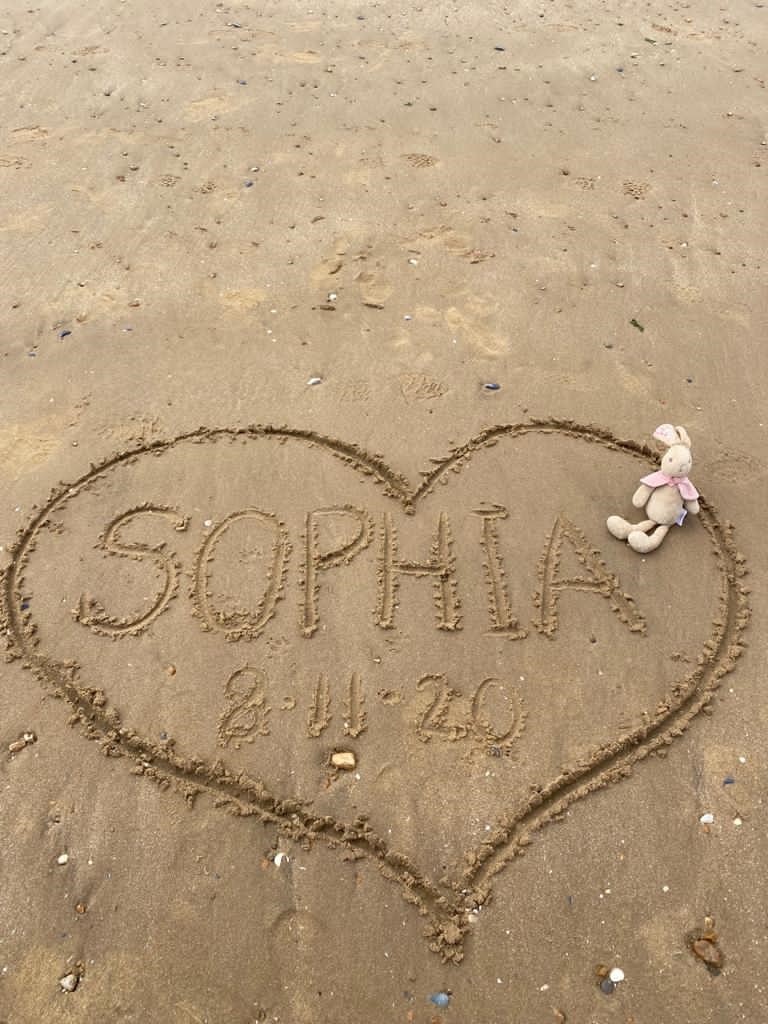