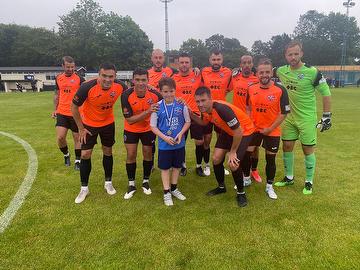 Angels rattle in five against Grays

Angels dominated the first half with their patient build up, perhaps at times too patient. Goals however eventually arrived in the form of an Arthur Lee header in the 28th minute from a corner that had resulted from a frantic few seconds the Grays penalty when a Joe Turner effort was well saved by Danny Sambridge.

Just before half time yet another cross was launched into the danger area from Angels right flank and there was Ricky Modeste to head home doubling the home side’s advantage at the break.

There was a 10 minute spell following some substitutions at the break when the visitors did threaten the hosts goal and Henly was forced into three smart saves but any hope of Grays getting back into the game was extinguished on 58 minutes with a sumptuous Angels cross ending in an own goal. Tommy Wood inflicted further damage on 72 minutes converting a Tom Beere cross with the latter turning scorer on 89 minutes with Angels fifth.