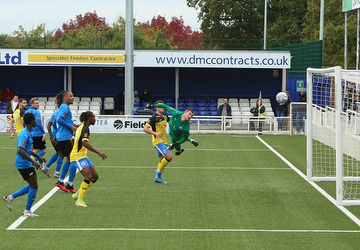 A superb strike from former Billericay player, Ricky Modeste on 27 minutes and a penalty save from Jonny Henly on 90 minutes will of course be the main talking points for the game, but be very clear this was no smash and grab raid by the Kent side but a performance full of quality both on and off the ball.  If Angels Boss, Steve Mckimm can keep his squad performing at this level then supporters can look forward to more victories as the season progresses.

The visitors gave early intent when the ball was intelligently worked to Joe Turner after just three minutes with the winger turned central midfielder seeing his effort go just wide of  the right hand post.  On nine minutes Billericay’s Roman Liburd was clear on goal but somewhat fluffed his lines and in truth so far as the hosts were concerned it was a rare sight of goal in the first half.

It was Angels who were making all the running with a goalkeeping error from Bailey Vose on 19 minutes with Tommy Wood in close attendance, and a clever free kick routine between Doug Loft and Turner that should have opened the scoring on 21 minutes.  The goal that in fairness had been coming saw a terrific pass from midfielder Adam Lovatt on loan from EFL Sutton United to Modeste on the right flank.  His shot seem to deceive Vose and the ball ended up in the right hand corner of the goal.  It was no more than the visitors deserved.

Chances fell to Tommy Wood but Angels had to be content with that one goal advantage at the break.

With the half time words from manager Jody Brown no doubt ringing in their ears the team in blue opened smartly with a dangerous cross that fizzed across the Angels goal.   On 59 minutes following some further pressure from Billericay there was a breakaway for the visitors which saw Ibrahim Olutade find Turner in space but his effort was just over.  On the hour mark Wood had a half chance that on another day he would probably have taken but seven minutes later came the moment when Tonbridge should have made the game safe.  After good work by Jamie Fielding the wing back produced a glorious low cross with Olutade connecting but he chose to shoot straight at Vose whereas even a miss kick would have produced a goal.

Undeterred, Angels kept up the good work with chances falling to Olutade forcing a decent save from Vose and  Loft with a free kick that skimmed the bar.   With just a one goal advantage there’s always a risk that all the hard work could be undone in an instant and so it potentially seemed in the 88th minute when Henly was adjudged to have pushed a Ricay player.  The referee took a while to decide and even consulted his Assistant but it was given.  With Billericay’s normal penalty taker not on the pitch the eventual Blues effort was to be honest somewhat tame but nevtherless Henly still had to move quickly and gathered the ball cleanly with therefore no chance of a rebound.

The last few minutes of stoppage time saw Billericay throw caution to the wind but Angels were not to be denied with players putting bodies on the line and another fine save from Henly to ensure all the points went back to Kent.  It was particularly pleasing for the away supporters who were able to enjoy the after match celebrations having been denied that pleasure last campaign in the corresponding match when despite an Angels victory the match had been played behind closed doors due to Covid 19 restrictions.

Steve McKimm said afterwards: “There was the possibility that with a three week break in competitive fixtures momentum might have been lost, but all my players responded in a very positive way right from the off and I’m delighted with the performance and the result which I feel was deserved.  Its good to have Adam Lovatt back with us on loan and there will be news of a further loan signing in the next couple of days.” 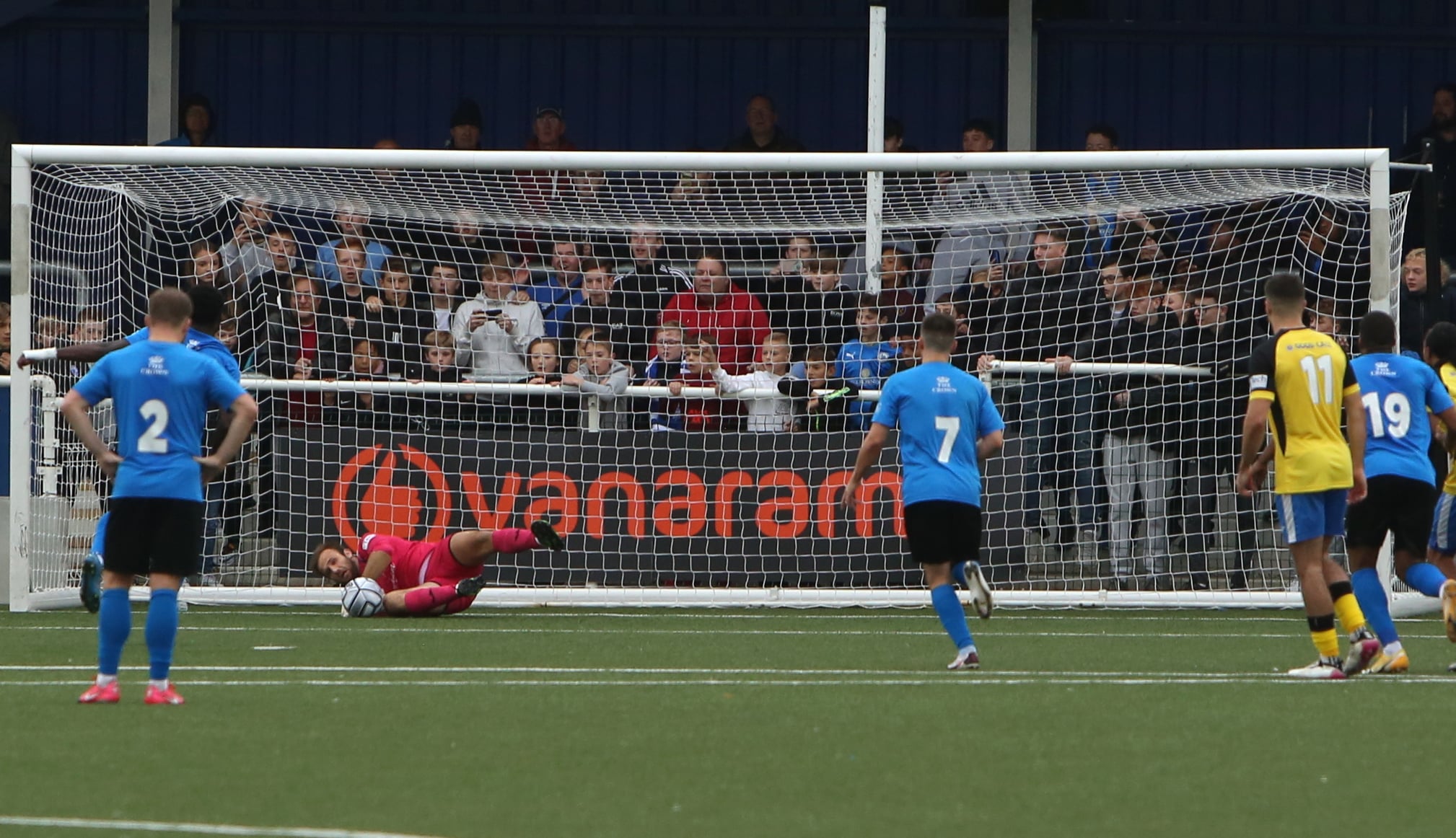