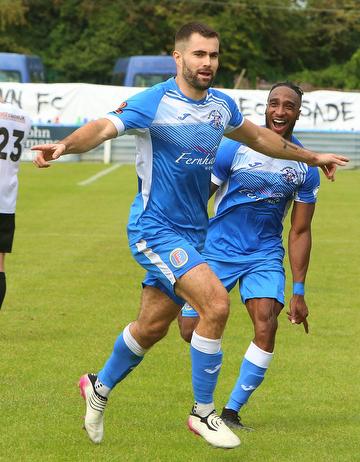 Angels won their first points of the 2021/22 campaign with a decisive 3-1 win at Hungerford Town.

A positive start from Tonbridge saw them deservedly take the lead in the 7th minute following good work by Tom Beere on the right flank and then Aaron Smith-Joseph was on hand to convert the cross past Like Cairney in the Hungerford goal.

Angels continued to look the more positive side with Smith-Joseph causing all sorts of problems up front and new loanee signing Adam Lovatt working hard in the central midfield areas.

The first decent chance for Hungerford came in the 22nd minute when Sol Wanjau-Smith playing wide rounded the back of the visitors defence and got his shot away  but it was relatively easy for keeper Jonny Henly.

Overall Tonbridge continued to looked relatively comfortable but had to re-arrange personnel when Doug Loft was forced off with possible concussion having received a ball full in the face.  Tommy Wood came on and went up front while Smith-Joseph reverted to a midfield role.

It didn’t seem to make much difference to the Angels who continued to make most of the running admittedly playing down the slope and eventuallly their efforts were rewarded in the 45th minute when excellent pressing gave them possession deep in Hungerford’s half. The ball fell to Joe Turner who made no mistake from 15 yds the ball curling beautifully into the top left hand corner of the goal.

The start of the second half saw Hungerford give notice of their intentions with an early attack although the final shot from Simo Mbonkwi was well wide.  With the slope now in their favour they continued to have most of the territorial advantage but the away defence were concentrating well and really not presenting the Crusaders with many clear cut chances.

There were two reasonable efforts from the home side’s Ryan Seager but both were fairly comfortable for Jonny Henly.

Then came the third goal for Tonbridge which from Hungerford’s perspective proved it just wasn’t going to be their day.  A really strong run from Smith-Joseph on the left wing saw him produce an excellent cross which completely deceived a Hungerford Town defender who could only help the ball into his own net with Tommy Wood in close attendance.

The hosts kept plugging away and eventually gained some reward in the 85th minutes when an offence in the Angels area resulted in a penalty duly dispatched by Seager but it was only to be a consolation.

The visitors saw out the remaining minutes of the match comfortably as it seemed Hungerford had by then run out of ideas.

Afterwards a delighted Angels Boss Steve McKim said: Everyone to a man played their part this afternoon.  They all understood this is a difficult place to come to and our plan to combat Hungerford’s strength was executed to perfection.” 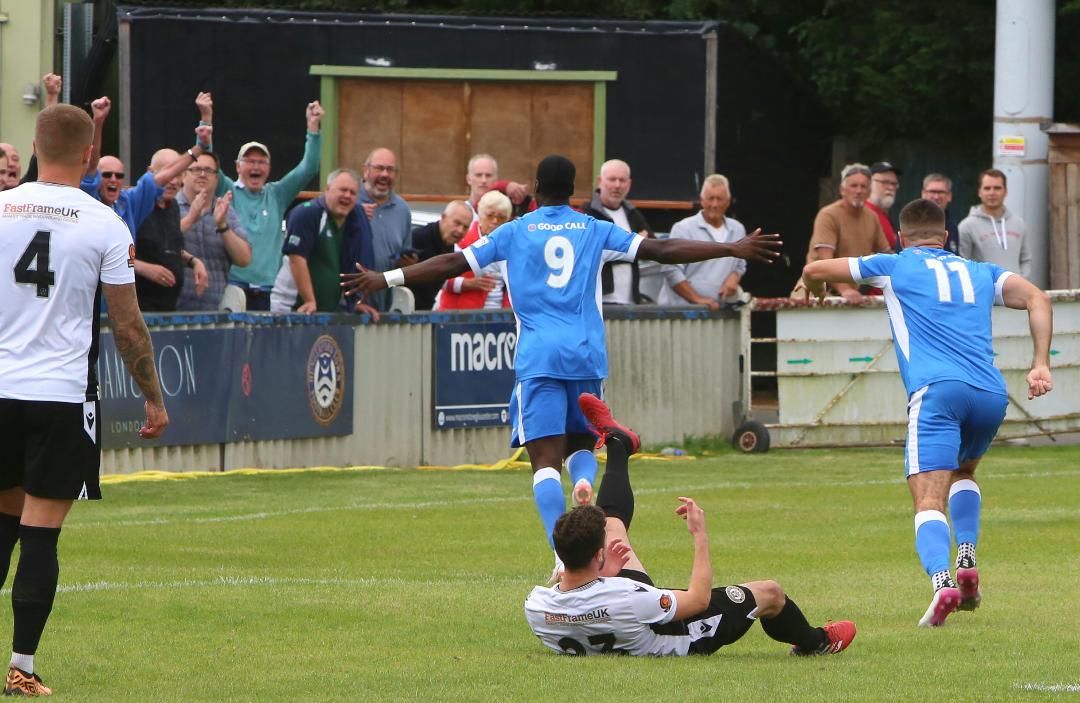