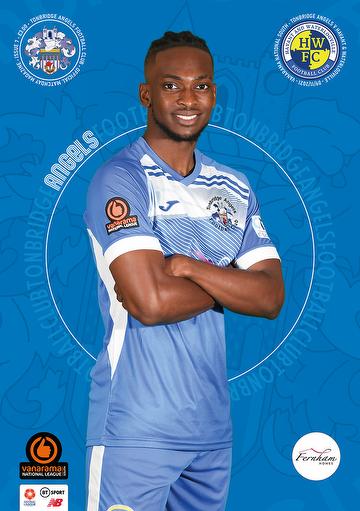 The Hawks are flying into The Halcyon Wealth Longmead Stadium

Havant and Waterlooville have for many years been one of the favourites to gain promotion from National League South, and although they've started the season perhaps a little slower than forecast, the league table is so compact they are in a position to make a promotion challenge.

Just three days ago they played at the Valley when they lost 4-0 to Charlton in the FA cup.  That means it has been ten days since they have played a league game.
They are currently eleventh in the table with sixteen points from eleven games, just two points off the play-offs with games in hand.
Their league record so far is five wins, a draw and four defeats.  They have won away games at Hampton, Ebbsfleet and Chelmsford, and they've beaten national league Torquay United in the FA Cup.
Their manager Paul Doswell, and our manager Steve McKimm go back years as Steve was coach when Paul was manager of Sutton United.
A man to watch is Jake McCarthy.  He scored a hat-trick in their last league outing at Chelmsford which means he has netted nine times this season, all in the last ten games.
There's a detailed look at the Havant squad in Tuesday night's matchday programme.  Click Here and scroll down the menu to purchase match tickets and pre-order a copy of our award winning programme.

Immediately before kick off there will be a period of reflection to remember those who fell fighting for our country in conflicts during the 20th and 21st centuries.