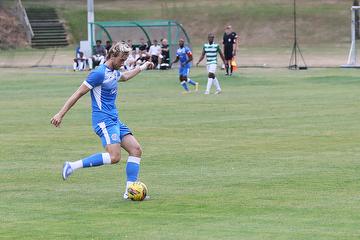 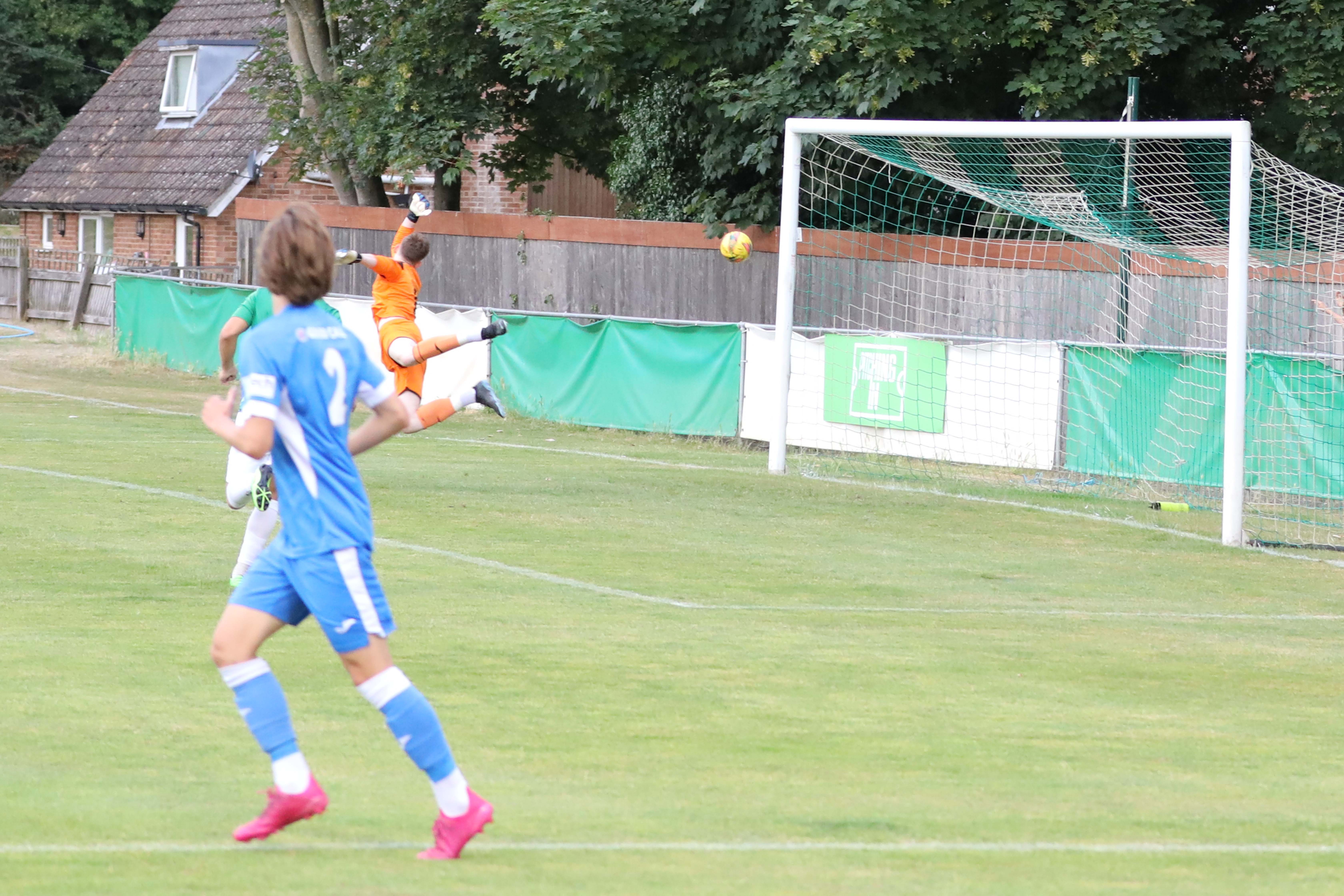 A sizeable number of Angels supporters travelled to the sylvan surroundings of Gay Dawn Farm to see their team take on Corinthian FC of Isthmian South East in a pre-season friendly.

The first half saw the visitors largely in control but only the one goal to the good scored by Tommie Fagg after 11 minutes with a quality strike from 25 years giving the Corinthian keeper no chance.  This had followed a two minute spell of Angels pressure.

Louis Collins was causing problems for the Corinthian defence and was unlucky in the 28th minute when he turned on a loose ball in the area but saw his scooped shot go just over.  His fine pass six minutes later put in Hale but he  was unable to control the ball with the Corinthian no 1 able to gather.

It wasn’t all Tonbridge however with Corinthian mounting some decent attacks but often the final ball was overhit with Angels keeper Ed Harvey always quick off his line.

The second period was only six minutes old when a good move involving Akinwande, Fagg and Hale might have added to the score but the Corinthian defence did enough to get the ball away.

On 59 minutes good running by Collins saw him create a glorious chance particularly as he then managed to beat the keeper but the ball drifted agonisingly wide.

By now however Corinthian with the slope in their favour we’re starting to get a grip on the game and creating some dangerous moves.

Angels could have made the game safe with Akinwande forcing a fine save out of the Home keeper, a Joe Turner header just over from a Rutherford cross and in the very last action of the game Turner now provider drilling a cross that just needed a touch from someone in a blue shirt to double Angels advantage.

In the end the visitors had to settle for just the one goal win, but on another day it could have been more. Nevertheless, Angels boss, Jay Saunders will no doubt have gained invaluable information on his squad and how they are all progressing as the start of the season draws ever nearer.

Pictures : Ian Clear.  Angels Tommie Fagg prepares to strike (right) with the ball then beating the Corinthian keeper for the only goal of the game (left)