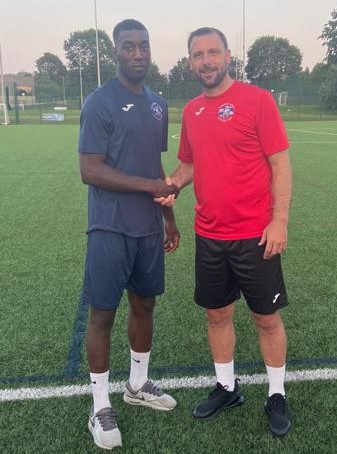 Aaron Smith-Joseph (24) is Steve McKimm's latest signing as the Angels boss continues to put his squad together for the fast approaching 2021/22 Vanarama National South campaign. Operating as a sriker or in midfield the ex Burgess Hill Town man has impressed during pre-season and has played his way into the Manager's plans.

Starting out at National League Woking, he joined Burgess Hill in July 2017 where he was a regular scorer.

Said McKimm today, "Aaron came to us at the start of pre-season and has shown an aptitude combined with hunger and enthusiasm in both training and matches; he has very much bought in to the way we want to play and I'm delighted to have his signature.  Welcome to the Angels, Aaron."