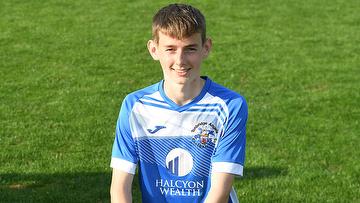 Elite squad in with chance of League Title

The Academy has had a busy time either side of Christmas and this has proved a largely satisfying period.

On the pitch, the Elite team have progressed to the Quarter Finals of the National League Alliance League Cup with a penalties win at Hemel Hempstead after the game at finished at 90 minutes all square at 2-2. This was an outstanding performance considering the team were shorn of five players who were under pressure back at Hugh Christie with exams. Fin Hartley scored both goals and the shoot out was won by 5-4. The draw has now been made and we have been given an away tie at either North Leigh or Eastleigh, who play on Wednesday, 26th January. The quarter-final tie is scheduled for Wednesday, 16th February.

In the League, the squad have put themselves into a position where they can attack the next couple of months with a view of winning the title. They have games in hand on all of the contenders in what is a highly contested competition this season. Four valuable points from Erith Town, themselves serious contenders, have been won since the turn of the year.

The Development teams haven’t seen a lot of action either side of Christmas with both sides returning to league action on 19th January in which defeats were suffered at the hands of Welling United by both sides. The Development One squad lost 4-0 at Cleeve Park. It was not really a 4-0 game but Dom Welsh’s squad were made to pay for poor defending from set pieces. A 3-2 defeat for Joe Ford’s squad was nonetheless an encouraging performance and they would be disappointed to lose the game to a very late winner.

The parent club’s  FA Trophy game against Torquay United on 18th December, which produced a memorable 2-1 win, was also a landmark occasion for the Academy. Three players, Ben Hermitage, Tom Green and Luca Woodhouse were named on the bench for the game, whilst Joe Tyrie, Kian Austin, Josh McArthur and Ben Twist all signed first team registration forms prior to the game.

Ben Hermitage has been added to the Academy squad players that are now regularly plying their trade in mens’ senior football following his signing for Crowborough Athletic, where he joins his skipper Tyrie and Academy graduates, Jacob Lambert, Harrison Mayhew and Regan Bowden.

Luca Woodhouse is presently enjoying a successful loan period at Hythe Town. His first appearance brought a goal against Herne Bay and his performances have brought glowing reports from this manager, James Rogers.

Last month we mentioned the exploits of Ned Lewis and his time so far in America, if you missed the website story, you can catch up right here https://www.tonbridgeangels.co.uk/news/ned-lewis-shows-what-can-be-achieved-with-hard-work-and-dedication/2669

Off the pitch, the December trials brought another crop of talented youngsters to Hugh Christie and several places were handed out for the next Academic year. A further trial for both boys and girls will be held during the February half-term, scheduled for Monday, 14th February.