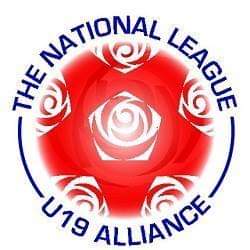 Few could argue with the FA’s decision to bring season 2019/20 for grassroots and youth football to a premature end as the country endures possibly its biggest crisis since the Second World War because of the Coronavirus Pandemic.

It doesn’t alter however the fact that our Elite Academy side has done fantastically well and on the day football stopped were sitting proudly at the head of the table. Would they have won the championship?  We’ll never know the answer to that - Whyteleafe might have had something to say - but in a sense within the greater scheme of things perhaps it doesn’t really matter.

Tommy Parkinson, his coaches, the scholars, the admin people, the staff at Hugh Christie College, right through to the bald guy who drives the minibus for away games, they all know what they have achieved and contributed this season - highlighted by the fact that a number of the Elite players have reached the fringes of a squad playing National South football.

Here’s to another terrific season in 2020/21 and well done everybody!