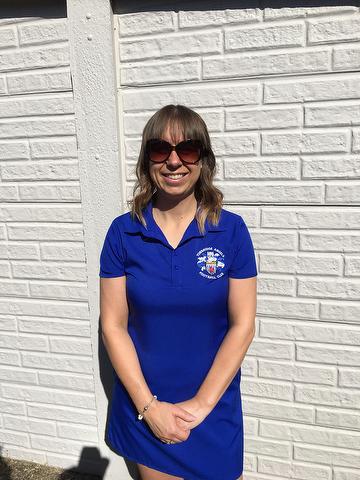 Tonbridge Angels FC is delighted to announce that Sarah Parks has been appointed the club’s Events and Hospitality Manager, a new full-time role, the first in that capacity for many years, that will strengthen and build on the commercial opportunities available to one of the town’s leading sporting organisations. The appointment was made following a rigorous and competitive selection process with a strong field of candidates.

Sarah will be well known to most Angels supporters with the club seemingly part of her family’s DNA. Her late father Brian was a director who played a heroic part in safeguarding the club for future generations. Her mother, Sheila has for many years looked after season ticket sales and player sponsorships while her sister Lorraine was chair of the erstwhile supporter’s association. Sarah’s son, Harrison plays in one of the Angels Academy teams and before the pandemic with all its restrictions was often seen at the ground helping out in various capacities including pitch maintenance. Sarah herself is of course currently on the Board as Events Director but will be resigning that role under the rules governing a Supporter Owned club.

Sarah will be responsible for running all Tonbridge Angels’ commercial events and matchday hospitality functions. She will be generating, maximising and developing hospitality and all future, or potential, private functions and events in order to generate new income. A lifelong Tonbridge resident who understands the area well, she comes to post with very relevant qualifications including a Diploma in Wedding & Event Planning, Level 2 in Food Safety & Hygiene for Catering and a Personal Licence Holder for Bar operation.

Anyone interested in discussing the possibility of using the club with its choice of hire facilities for an event, public or private, large or small can of course get into contact with Sarah by emailing marqueetafc@tonbridgeangels.co.uk to see what might be possible as the country gradually eases itself out of Covid-19 restrictions.