Angels take their Wings to Spain 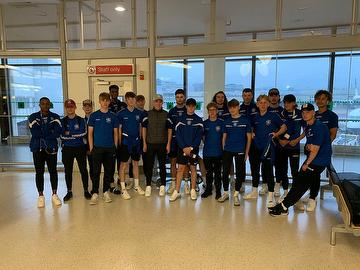 A combined Angels and Welling Utd squad travelled to Spain for the Marbella Tournament and it has to be said did themselves proud.  Having come top of their group, they then proceeded to go through to the final itself beating  some much fancied teams along the way.

With games coming in close sequence it was tough ask particularly when bearing in mind most matches were being played in temperatures in the mid 30’s centigrade.  Perhaps the final was one game too far but they only lost narrowly to 0-1 to Grenada FC.

Huge congratulations to the Scholars, Management and Organisers who were a credit to both their clubs. Well done!