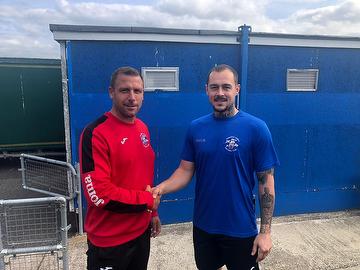 We are delighted to announce that Arthur Lee (27) has rejoined The Angels and is likely to take part in today’s (12th September) friendly away at Isthmian Premier Margate.  The popular centre back was a key member of Steve McKimm’s promotion winning squad in 2018/19 making 53 appearances and scoring two goals, one of which was during the Super Play Off Final against Metropolitan Police.

He spent last season’s truncated campaign at Isthmian Premier AFC Hornchurch and before joining the Angels first time round, had had successful spells at Hendon and Concord Rangers.

The Angels Boss said : “I’m delighted that Arthur has agreed to come back to The Halcyon Wealth Longmead Stadium.  His abilities on the pitch are well understood and appreciated, but as a person he is a thoroughly decent guy who fits so well into the culture we have here.  I’m now in a situation where I have cover for every position, which in what is likely to be a frenetic season, is great news.”