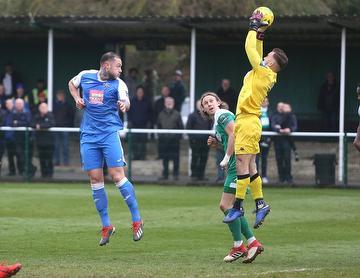 Arthur Lee has decided to leave Tonbridge Angels having played a huge part in the clubs promotion success to National South.

Angels Boss, Steve McKimm said today:”I’m sorry to see him go. He has been a massive player for me and I wish all the very best for the future.”

Arthur joined the Angels last summer from Hendon where he experienced Play Off Final heartache only to go one better this season.  He made 53 appearances for Tonbridge in which he scored two goals, one of course the goal that set us on the road to eventual victory against Met Police in the Super Play Off.

Here’s what Arthur tweeted about his departure which says a lot about how well he got on with everybody at the club.

"A message to say thank you to everyone involved @tonbridgeangels for last 10months.

I wish the club every success for future"