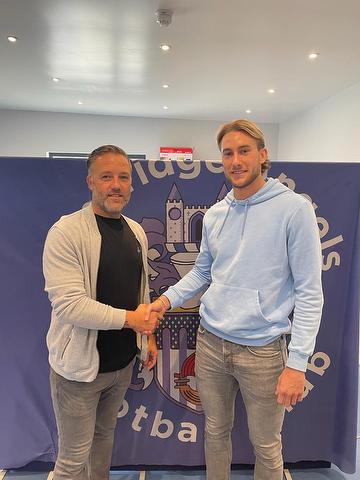 Wants to be part of Jay’s project

It may be a two step upwards move for Tommie but Angels Boss, Jay Saunders who has been tracking the 24 year old for a while believes it’s now time for him to fulfil his undoubted potential at a higher level.

Said Saunders: “He’s a box to box player in the style of Lee Minshull for whom Angels fans will have fond memories.  Tommie has had other offers with arguably greater financial incentives, but he wanted to join us and be part of our project.”

He was on the scoresheet 11 times for the Nuts and Bolts last season as part of a squad that had a strong campaign finishing as runners up in the league.

Saunders added: “Of course I’m still on the lookout for players for the 2022/23 squad and am already in talks with players at our level and higher.”