‘Beero’s’ staying. We’ll drink to that! 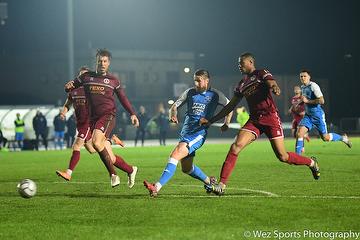 All at the club will be delighted to learn that central midfielder, Tom Beere, has agreed terms to stay at Longmead for the upcoming campaign.

Arguably one of the most creative players in Steve McKimm’s squad, Beero can execute a pass that will quite simply take the opposition defence out of play.   First signed to the Angels in 2017 from AFC Wimbledon where he received cult status from Dons fans for scoring in a Play Off final, Tom in his time at Longmead has been frustrated periodically by injury, but he always comes back better than ever.

McKimm said today: “Its great news that Beero has agreed terms with us to be part of this season’s squad.  His football can be a delight to witness, and he has the ability to turn a game in one moment of brilliance but he is also prepared to do the hard unsung work out there.”