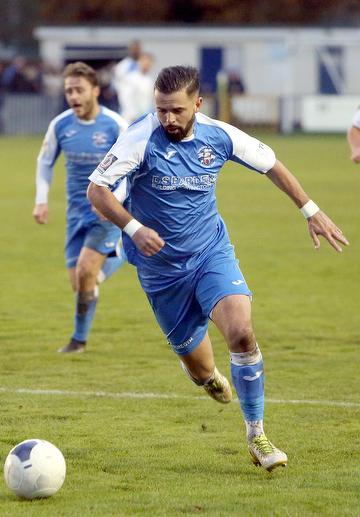 Dartford striker with us until New Year

Ben Greenhalgh’s loan period has been extended through to and including 4th January, the date of our home fixture with Chippenham Town.  He will be available to play in this Saturday’s FA Trophy tie against Hampton & Richmond Borough but will not play for the Angels against Dartford in the National South fixture on 28th December.

Angels Boss, Steve McKimm said today: “I’m delighted that we can call upon Ben’s services during the busy Christmas and New Year period. I think we’ve all seen how he can be a real handful for opposition defences and he has revealed that he is enjoying his time here.  I would like to thank Ben and everyone concerned at Dartford FC for their co-operation in making this further loan period happen.”