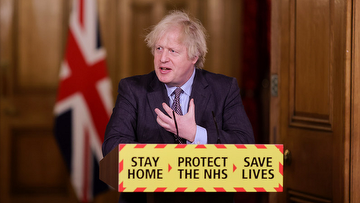 Supporters could return this summer

A cautious return for supporters to football grounds was heralded as part of the Prime Minister’s plan to bring the country back to some semblance of normality following the Coronavirus pandemic.

In yesterday’s (22/02) House of Commons statement followed by an evening press conference at 10 Downing Street, it was confirmed that from 17th May sporting events would be able to have spectators present subject to various attendance restrictions.

In practical terms assuming a normal start to the National South campaign this August then our fans could be enjoying pre-season friendlies at The Halcyon Wealth Longmead Stadium from late June and through July.

Our Youth and Academy sides could start playing matches as early as 29th March subject to FA guidance although competitive resumption will depend on decisions to be made by the Kent Youth League and the National Alliance U19 competition.

Alongside all of this a key piece of information also in the Prime Minister’s statement was the opening up of hospitality venues.  12th April sees hospitality start up again but only in outdoor settings while on 17th May indoor hospitality can resume.  This is particularly important for non-league clubs such as ourselves who rely so much on clubhouse revenue.

Indoor and outdoor events can also be held from 17th May but subject to limits on total attendance.  Again, this is a very important source of revenue for clubs.

It has to be said that all of the above is subject to the continued satisfactory progress in suppressing the pandemic and as part of that everyone will need to continue to follow the rules as laid out by the Government.