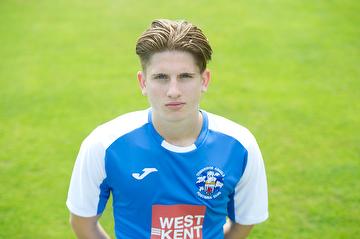 Callum Adonis-Taylor (20) has decided his future, at least for the time being, lies elsewhere and has decided to pursue opportunities at another club.

The talented central defender who came through the Angels youth system broke into the 1st team during 2016/17 and made a total of 36 appearances with various spells out on loan to widen his experience.  First team outings were somewhat limited last season due to the formidable central defensive partnership of Sonny Miles and Arthur Lee.

Angels Boss, Steve McKimm said today: “I’d like to thank Callum for his efforts over the last three seasons, also for his work with junior and youth players.  He never let me down and I wish him all the best of luck for the future.”