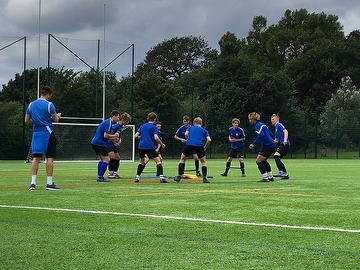 Following the suspension of competition in March due to the Coronavirus pandemic it was decided by the National League to finalise the table on an unweighted points per game basis and that sees the Angels at the top of the pile.

There cannot be too much argument on that decision as Parky’s lads topped the table for pretty much the whole of the season and are surely worthy winners.

Angels Chair Dave Netherstreet said today : “Congratulations to Tommy Parkinson and all his players who worked so hard for this honour.  It’s not easy to win any league title, consistency is key, and you have to learn from the very occasional poor performance and move on.  Quite rightly our Academy is setting a high standard in Kent for academic ability combined with sporting excellence.”