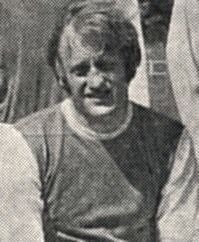 Sad news has reached the club of the passing of winger Chris Clarke.

Chris was born 11th December, 1946 and was a pacey winger who made 25 first team appearances for Millwall during 1964/65 & 1965/66, scoring 4 goals.  A brief period at Watford then saw Chris go on to play for Dartford, Margate and Hastings before joining Tonbridge in the summer of 1970. Chris became a popular winger and goalscorer amongst the Angels faithful before rejoining Hastings in the summer of 1972.

Chris made a total of 91 starts for the Angels scoring 14 goals.  Club historian and director Wink Tomkinson remembers him well, ‘a great little winger’.

The club sends it condolences to Chris’s family and friends.