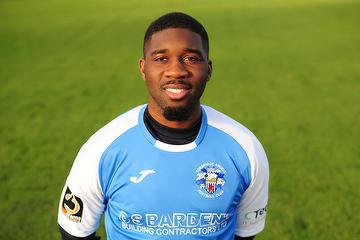 Christ Tiehi has decided to depart from Tonbridge Angels as he feels at the present time his priorities lie in Paris particularly following the birth of his son just a couple of weeks ago.

A strong central midfielder, Christ, played a major role in the Angels improved form in the second part of last season which meant that through the unweighted points per game formula that was used to determine final league positions the club finished in 15th place. The Ivorian youth international joined the Angels in October 2019 and made 16 appearances scoring one goal with two assists.

Angels Boss, Steve McKimm said today: “Christie did great for us and of course we’re sorry to see him go, he’s a talented player but quite understand why he has decided to leave.  He will of course be welcome back at The Halcyon Wealth Longmead Stadium should circumstances change but for the time being we wish him the very best of luck in everything he does.”