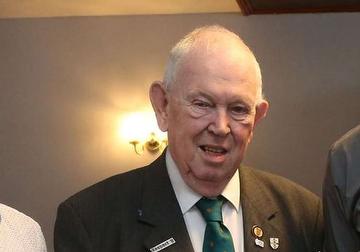 The passing of a true legend of Kent football

The club today (23rd May) received the very sad news that Colin Boswell, President of the Kent FA had passed away yesterday following a short battle with cancer.

Always a friend to the Angels he was a regular visitor to the Halcyon Wealth Longmead Stadium and over the years was able to supply so much good advice in particular to our youth sides.

Founder of the Kent Youth League in 1981 he stepped down as Chief Executive in 2013. In 2009 he was elected President of the Kent County FA having been a KCFA member since 1966.

The club sends its condolences to Colin’s wife Sheila and all his family at this sad time.