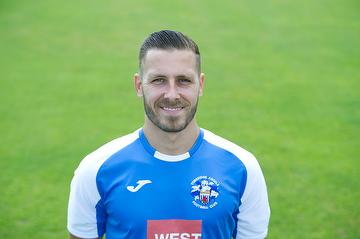 Craig Stone (30) is moving on from Longmead to pursue other opportunities within the game.  The defensive midfielder who came to the cub in July 2017 made a total of 75 appearances and while his appearances were slightly limited this season due to an injury his recovery was a big factor in the Angels promotion run in.

Said Angels Boss, Steve McKimm : Craig goes with all our best wishes for the future as he develops a career in the game.  Always an important member of the squad for me he played a huge part in our ultimately successful promotion bid particularly with skipper Tom Parkinson on the sidelines. His goal against promotion  rivals Carshalton Athletic cemented our place in the play offs. Good luck Craig.”