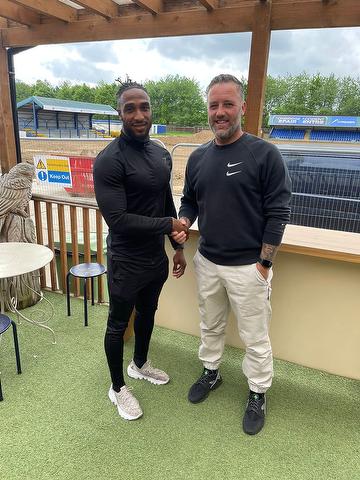 The skilful full back delighted Angels supporters last season with a string of exciting performances on the left flank often opening up opposing defences with his strong runs and clever use of the ball.  Joining the club in June last year he has made a total of 37 appearances. His international career for Monserrat has seen him make a total of 15 appearances which will perhaps increase as he has been called up by his country for the 2022 Concacaf Nations League that takes place this June.   We wish him luck in that prestigious competition.

Angels Boss, Jay Saunders said:  "I'm very pleased that Craig has agreed to stay with us.  His experience and footballing ability will I'm sure prove very beneficial for the progress of our team in National South next season".