Dover Athletic midfielder on loan with Angels for a month 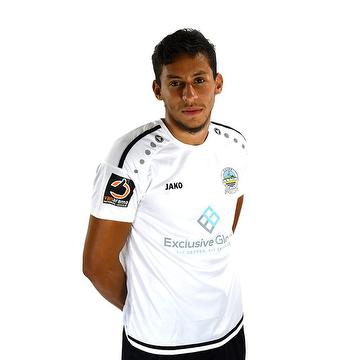 Angels Boss, Steve McKimm has acted quickly to plug a gap in his central midfield by signing Bilel Hinchiri on a month’s loan from National League club Dover Athletic.

The 24 year-old midfielder spent his youth career with Boulogne Billancourt and Parisienne ESP, before spending time at the Lazola FC academy.

Following a trial in England with Queens Park Rangers, Hinchiri moved back to France for two years, signing for Bourgogne Franche in 2017 and then spending last season with fourth division side Charitois.

Commented McKimm : “This loan works well for us; with Harry Donovan out through suspension,  I needed temporary reinforcements in that area.”