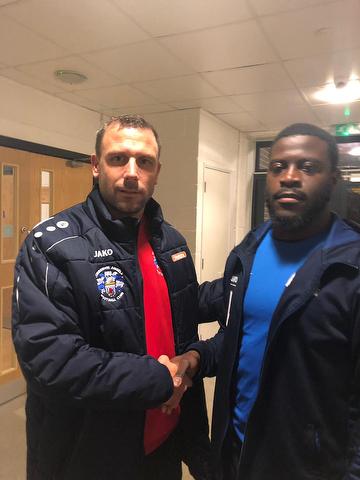 Starting his football career at Southend United in 2014, he then had loan spells at Chelmsford City, Welling Utd and Borehamwood.  Leaving Southend Utd in 2017 he joined Concord Rangers, then moving to Bishop’s Stortford where he scored 13 goals in 21 appearances.  Further moves then followed to Kingstonian, Whitehawk and Hemel Hempstead.

Steve McKimm said today: “I’m delighted to have secured the services of Jason who has got goals wherever he’s played.  His arrival will give me more options up front and take a bit of pressure of our other two strikers.”

Jason will be available for Saturday’s home National South fixture against Oxford City.