Former Lions U23 joins the Angels 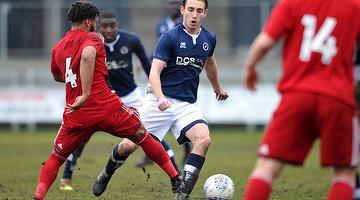 The second signing of today (November 8th) sees Harry Donovan (21) become part of the Angels squad as Steve McKimm compensates for the earlier than expected departure of Jack Rudoni back to his parent club AFC Wimbledon.

A central midfielder, Harry started in youth football at no less a club than Arsenal and then moved to Millwall U23s where his future potential was recognised with loan spells at Dagenham & Redbridge and Havant & Waterlooville.