He’s Back! Who’s Back? Alex Akrofi! 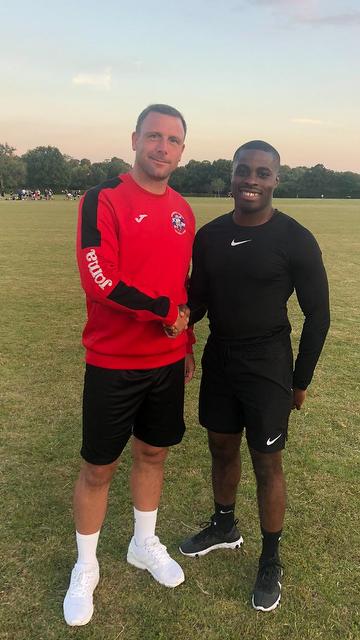 Striker Alex Akrofi (25) has linked up for a second time with Tonbridge Angels, a club he left at the end of season 2017/18.

Alex enjoyed a highly profitable 2019/20 season at Isthmian North side Aveley scoring 15 league goals  before the campaign was brought to a sudden end in early March with The Millers standing in 2nd place.

It is however the two seasons at The Halcyon Wealth Longmead Stadium that Angels fans will of course best remember Akrofi.  In 68 starts he amassed 34 goals with numerous assists to his credit.

Earlier in his football career he was part of Maidstone United’s promotion winning squad that took the Kent side into National South and before that he helped Brentwood Town into the Isthmian Premier via the play offs.

Said Tonbridge Boss Steve McKimm : “I’m delighted that Alex has come back to the Angels.  I believe he is ready for National South football and will fit very well into the squad we’re assembling.”

Want a little reminder of what Alex can do with the ball at his feet, then just click here.