It's a fond farewell to Arthur 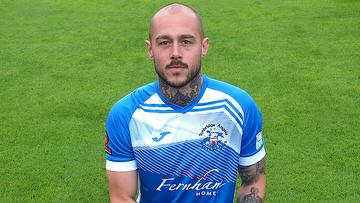 Tonbridge Angels central defender, Arthur Lee, has taken the difficult decision to step away from football in order to concentrate on his full time job. The commuting and hours of work simply do not allow him to give what he would wish to the club.

Explained Angels Boss, Steve Mckimm: “Its a brave decision from Arthur. He loves his football, he loves this club but it simply wasn’t working for him when set alongside his job. We looked at it and discussed it in depth, but he felt at the end of the day, the two situations were incompatible. Of course, I’m very sorry to lose a player such as Arthur but I have to understand and accept his personal circumstances. He will be taking a complete break from the game for the remainder of this season and will then review the situation.”

In two spells with the Angels, Arthur clocked up 61 appearances scoring two goals, one of which was of course ‘the breakthrough strike’ at the never to be forgotten 2018/19 Super Play off Final against Metropolitan Police.

Arthur will be attending today's (25th September) game against Dorking Wanderers so that everyone at the club can show their appreciation to one of our Angels Family.