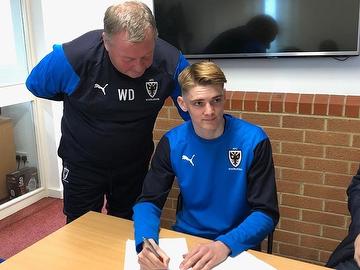 A recent graduate of their Academy he signed his first pro-contract with the Dons in March 2019 having joined the club at the age of 11 since when he has captained both their Under 18 and Under 23 sides.

Angels Boss, Steve McKimm said today : “Jack comes to us highly recommended and I look forward to him strengthening our 1st team in the weeks to come. He will go straight into tomorrow’s (Saturday 21st September) squad for the Emirates FA Cup 2nd Qualifying Round at home to Eastbourne Borough.”