James Taylor is back! 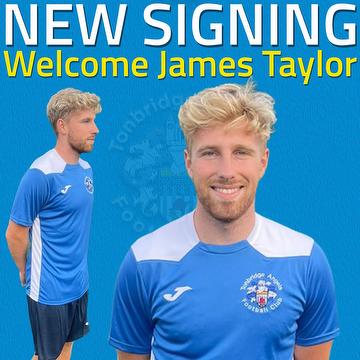 This time as a signed on player

Its a second Angels signing in under 24 hours of a player with Eagles connections but this time its someone who is already very familiar to our supporters.  Midfielder James Taylor (20) has signed for the Longmead club after departing Crystal Place U23s.

James was of course a long term loanee for the Angels last season and contributed to the club’s survival in National South with some strong performances through the last half of the campaign.

His time at Longmead clearly made an impression on James in the right way hence his desire to sign for the Angels.

Angels Boss, Jay Saunders said today:  “I’m delighted of course to have James’s signature.  Our supporters already are well aware of his attributes and what strengths he will bring to the squad.  Welcome back to Longmead, James.”