Jamie Fielding signs for The Angels 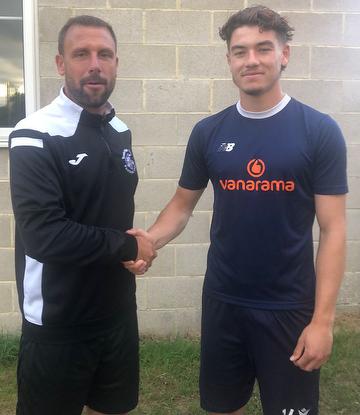 Angels Boss, Steve McKimm has further strengthened his defensive options with the signing of ex Stevenage player, Jamie Fielding (22).  He originally came through Eastbourne Borough's Academy system before graduating into senior football at Hastings Utd.  He then came under the notice of EFL club Stevenage for whom he signed in May 2019.  Loan spells followed at fellow National South clubs St Albans City and Braintree Town.

Recognised as a cultured central defender and a good leader he will bring further experience to the Angels back line as the club enters the busy cup period of the campaign. Explained McKimm: "I need a player of Jamie's qualities as I deal with the challenges of putting out a strong squad for every game."

Jamie will be available for selection to the 1st team squad for tomorrow's (11th September) National South fixture at league leaders Dartford.