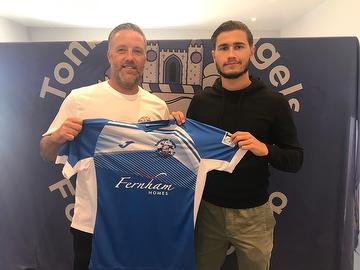 Lewis Gard is an Angel

Joining Southend United as an 8 year old, Lewis successfully worked his way through the youth system at Roots Hall to become a member of the then EFL 1st team squad.  Although he featured  during last season and was very much in Boss Kevin Maher’s thoughts, it seems his immediate future lies elsewhere and its Angels Boss, Jay Saunders who has won the race to obtain his signature.

Said Saunders today:” Lewis is a creative central midfielder who enjoys going box to box. He will be a fantastic addition to the Angels engine room and I’m delighted to have got this one over the line.”