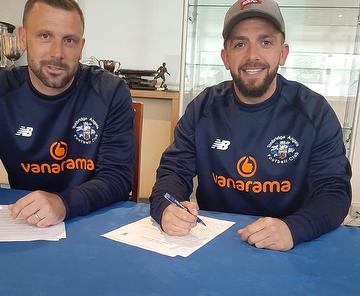 Experienced defender Jerry O'Sullivan (30) has joined the Angels from Isthmian Premier club Horsham.  He made over 320 appearances for South Park, where as club captain he led them to promotion from The Combined Counties into the Isthmian League after which he was snapped up by Dorking Wanderers.  He was a regular for the Surrey side celebrating another promotion this time to Isthmian Premier and then the following season reaching the National League South play-offs.  Jerry signed dual registration with Horsham during 2019/20 with the move becoming permanent the following season.

Angels Boss Steve McKimm said today: "I'm delighted to have secured the services of Jerry.  He is a no nonsense defender who will strenghten my defensive unity and will help to plug the gap created by the departures of James Folkes and Jack Parter."