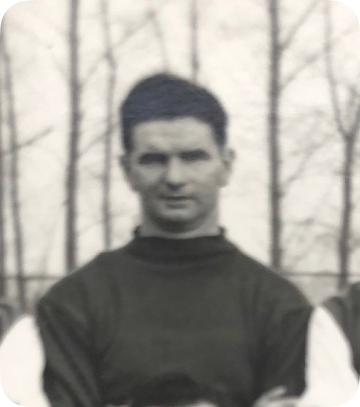 We reflect on the passing of former Angels goalkeeper Jimmy Kirk

It is the club’s sad duty to record the passing of former Angels goalkeeper Jimmy Kirk at age 94.  He was at the club between 1956 and 1961 and made 75 appearances.

Jimmy, born in Ayrshire, joined Tonbridge in November 1956 from Aldershot at the age of 31. A goalkeeper he had previously played at St Mirren, Bury, Colchester and Torquay. On his debut for Tonbridge, for the Reserves he saved a penalty at Chelsea. In six seasons at the Angel Ground he alternated with Tommy Bickerstaff for the number one position, before retiring at the end of the 1960/61 season, although he was persuaded out of retirement by ex-Angels favourite, Harold Fletcher to play at Tunbridge Wells during the following season.

We send our heartfelt condolences to Jimmy’s family and thank him for his loyal service to the club.