Joe Turner is Supporters Player of the Season 2019/20 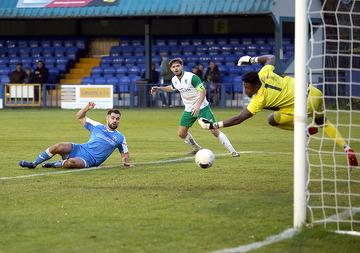 For the the third campaign running Joe Turner is the Tonbridge Angels Supporters Player of the Season .

Joe arrived at the Halcyon Wealth Longmead Stadium in August 2017 and seamlessly fitted into the vacant left wing berth.  Whilst his record of 139 appearances with 44 goals from midfield speaks for itself it is to personally witness the work rate and tremendous effort that he puts into every game that makes him a standout player.

Runner up is Sonny Miles who made his first team debut way back in December 2008 and apart from one season at Maidstone United has stayed loyal to the Angels with no less than 418 appearances and 19 goals.  With the Angels back in National South last term, Sonny in his central defender slot not only played a huge role in successfully marshalling some very experienced strikers down various blind alleys, but also led the side by example on the field as skipper.

Huge congratulations to both Joe and Sonny!