Jonny Be Good. He always has been 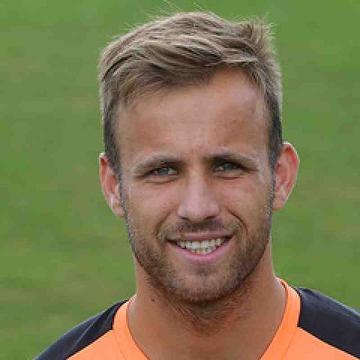 And he will be next season!

Angels goalkeeper Jonny Henly will continue to represent the club next season following his agreement of terms.

He was signed in August 2017 on a permanent basis from Hemel Hempstead Town following a successful loan period at the end of 2016/17 during which he achieved some Man of the Match performances for the Angels.  He has a string of previous clubs on his CV including Reading, Aldershot, Oxford Utd, Welling Utd and Ipswich Town and has gained international honours representing Scotland at both U19 and U21 levels.  For the Angels he has now completed 164 appearances.

Angels Boss, Steve McKimm said : “Jonny is an exceptional keeper at this level but its his overall reading of the game and the ability to effectively marshall the defenders in front of him as he sees things they may not be aware of that makes him indispensable to the squad.”