Liam and Harry are moving on 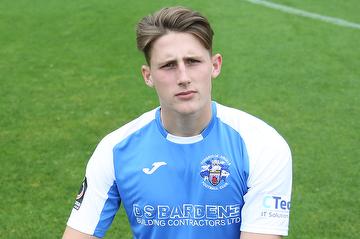 Liam Smith and Harry Donovan will not be wearing the blue shirt of the Angels when season 2020/21 commences.

Both will be leaving the club for pastures new as they continue to develop their football careers.

Midfielder Harry Donovan (22)who came to The Halcyon Wealth Longmead Stadium from Millwall U23s last November made 14 appearances and scored one goal but it was an important one, the clinching equaliser in the Derby game against Maidstone United at the Gallagher last New Years Day.

Full back Liam Smith (20) who worked his way through the Angels youth system, broke into the first team and was to go on to make 84 appearances scoring two goals.  With competition for the Angels right back position always intense his appearances were sometimes limited with loan periods at other clubs.

Commenting on the two departures, Angels Boss, Steve McKimm said today:  “I wish both players the very best of luck in their future careers and thank them for their efforts for the team.  In the case of Liam, he is a fine young footballer but at this stage in his career probably needs a stronger guarantee of regular 1st team football than maybe I can offer him.  Despite his very young age particularly when he started in the 1st team, he was always already to step up when needed and never let me down on any occasion.  It could be that at some stage in the future we may see him back in an Angels shirt.”

McKimm went on to say that he and Barry (Moore) are in the process of assembling a strong squad for this season’s National South campaign and announcements will be made in that regard when there is a little more certainty as to when the season is likely to start .