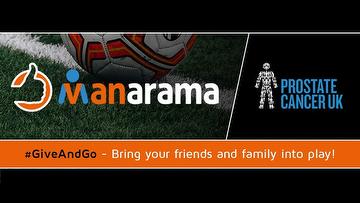 The Good, the Bad and the Ugly

There may not have been too much to support the fact that progress has been made in September, but Angels have been in every game and on the balance of play will feel more than a three-point return was due.

The fantastic win over Dartford got the month going in style. Tom Derry’s winner won’t be quickly forgotten.

What about the rest in September?

Wealdstone are still five points clear but in fact the team of the month were actually Slough Town - the Rebels enjoyed four straight Vanarama National League South wins in a row and cup romp. Weymouth, Dorking and Braintree all took ten points from their four matches and the winless sides were Dulwich, Oxford City and Eastbourne.

At least Steve McKimm knows where the side need to improve. Only Eastbourne Borough have scored less goals and two other sides have yet to win away.

The manager knows the score. He says his players have a lot of determination but that alone is “not enough”. He added the the Angels “can’t afford to sit and sulk about things and need to stop switching off at critical moments”.

The September crowds has seen the average attendances rise to 681 - making the club the 11th best supported club in the division.

Who are the red hot strikers?

Havant’s Jonah Ayunga still leads the way with nine, even if most of those came in August. Second is Wealdstone striker Ross Lafayette with eight while Liam Nash (Hemel Hempstead) Jake Robinson (Billericay) Jason Prior (Dorking) and Joe Iaciofano (St Albans) all have seven to their names.

The fixture list could have been kinder. The games, two against sides bang in form. Braintree and Wealdstone won’t be easy and neither will Chelmsford at Longmead - they scored four in their last away outing.

While we’ve got you, we would love you to….