McKimm: "Beaten by the better side" 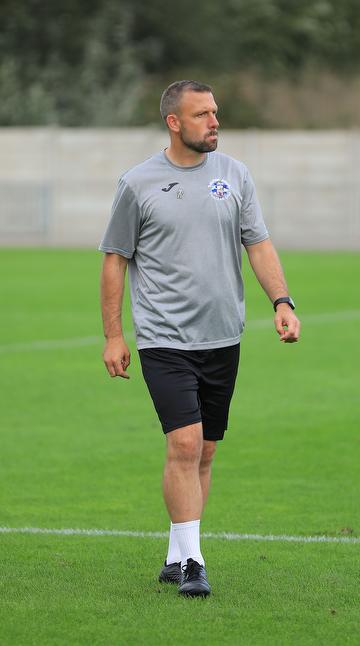 “Beaten by the better side – simple as that,” was how Steve McKimm summed up the afternoon after Tonbridge Angels were beaten 5-0 by Hayes & Yeading in the FA Cup Second Qualifying Round.

“Very disappointing because we had the jubilation last year of the cup and I wanted to do it so, so much for the fans this time,” said McKimm, speaking to club media after the game. “And I wanted the players – I said to them before the game – I wanted them to enjoy the situation again as well. But, not to be and we move on.”

The result was an abrupt change from the impressive draw away at Dartford one week ago, with McKimm admitting his side’s lack of consistency this season.

“The bottom line is – as it’s shown – that we’re inconsistent at the moment,” he said. “Yes it was great going three unbeaten, but this is a cup game and we should have given more than we did. That’s the hurtful thing. We’ve got to regroup and go again. Dorking is another tough game. Like I say, nothing is given to you on a plate, you’ve got to work hard at stuff and we’ll do that Tuesday and Thursday ready for Dorking next week.”