McKimm: "It was a much-improved performance" 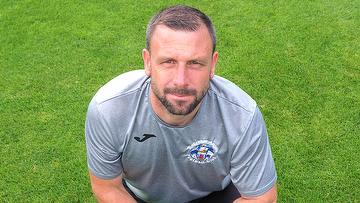 Despite the disappointment of defeat against Bath City, Steve McKimm credited his team for a marked improvement compared with the opening day as he spoke to club media following the game.

“It was a much-improved performance,” said McKimm, speaking after the final whistle. “We were at home – we wanted to score, we wanted to get the three points. Being a little bit better in the final third is another thing we can work on. That will come.”

McKimm praised his players for sticking to the gameplan, as the Angels dominated much of the match after falling behind early on.

“The players did what I asked them to do and played how I wanted them to play,” he said. “With a little bit of luck, a ball dropping down to us in the penalty box, we might have got a goal. It wasn’t to be. It’s a shame for the fans, because they were out in numbers today, but we live to fight another day. It’s another step in the right direction for us to improve week in, week out.”